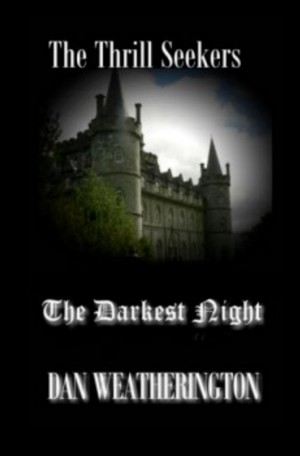 Dan Weatherington was born in Raleigh, North Carolina, the only son of Harry Rodman and Mary Weatherington. Much of his childhood was spent at his aunt's home on the Pamlico River, the influence of which is obvious in his novel Brandywine Bay. And, influences of which are shown in the novel The Seventh Gift of God.
Dan attended grammar school in Raleigh and high school at Carlisle Military School in Bamberg, South Carolina. His college years were spread between The Citadel in Charleston, South Carolina, the University of South Carolina and North Carolina State University in Raleigh.
He and Judy married in August 1969 and remain married today. She worked to allow him to complete school and together they have two children, Wendy and Leslie.
At age 31, Dan was elected to join the Masons. By the time he was forty, he had found a niche in Masonic research and writing. Most of his work has been of a Masonic nature and has been published in Masonic publications throughout the United States and Canada. He is Dean Emeritus of Wilkerson College, North Carolina's College of Freemasonry, has been the Chair of the Committee on Masonic Education of the Grand Lodge of North Carolina for several years and writes quarterly columns for the Philalethes, a publication of an international Masonic research society. In addition, he publishes the Lodge Night Program, a quarterly educational booklet distributed to almost four hundred Masonic lodges across North Carolina. The novel Recognizing Prince Hall will hopefully be a tribute to the gallant men who have done much to erase racism in North Carolina Masonry and their efforts to accomplish this task.
His novel Blemished Harvest documents his career in the Mortgage Banking industry and how he was diagnosed with Multiple Sclerosis in 1986. While many would have given up after such a diagnosis, Dan and Judy still continue to be active in their community and own and operate businesses in their hometown.

Also in Series: The Thrill Seekers

You have subscribed to alerts for Dan Weatherington.

You have been added to Dan Weatherington's favorite list.

You can also sign-up to receive email notifications whenever Dan Weatherington releases a new book.