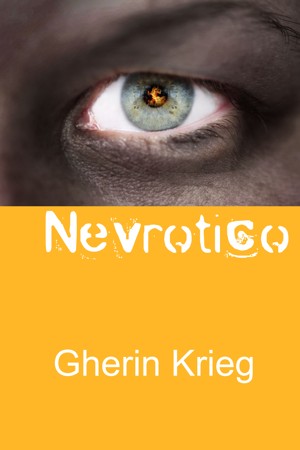 Nevrotico: A Personal Chronicle of OCD, Anxiety and Neurosis

26.2 percent of adults in the United States are diagnosed with a mental disorder in a given year. What if one of those individuals was able to vividly articulate the internal anguish of living with a debilitating condition such as Obsessive Compulsive Disorder(OCD)? What if those details could help both those afflicted and mental health practitioners alike?

Nevrotico is a first-person narrative that goes well beyond the stereotypical hand-washing and germ phobia usually associated with OCD. The reader will become immersed in the 'anxiety experience' while exploring the potential environmental and physiological causes for this strange and mysterious malady.

Take a walk down the dimly lit streets of anxiety disorders. This is not a self-help book with a fairy tale ending; it is not a tome of hopelessness either. For a sufferer OCD or one of the many other anxiety disorders this book covers, one will be able to approach their healthcare practitioner, and simply point to a relevant chapter and say, “This is me.” For the healthcare professional, they will have the most accurate and articulate account of this dreaded condition seen to date.

"The book gives readers a front row seat to watch the turmoil of the author's life and mind. That itself is a triumph of honesty, openness, and self-awareness."

The mysterious Gherin Krieg was born and raised in a suburb of a large urban center in North America. He has worked as a writer and professional communicator in the corporate realm since 1995, and was editor of several major print publications. Anxiety has been a key factor in Gherin's life from early childhood to the present day. He began experiencing OCD symptoms in the mid 1980s while in high school, and was formally diagnosed in 2003. He has received regular therapeutic and medical treatment since that time, and his Psychiatrist has described his writings as the most articulate description of the internal symptoms of OCD to date. Nevrotico began as a blog in 2009, and was instrumental in Gherin being terminated from his place of employment while also alienating himself from his parents and siblings.

You have subscribed to alerts for Gherin Krieg.

You can also sign-up to receive email notifications whenever Gherin Krieg releases a new book.