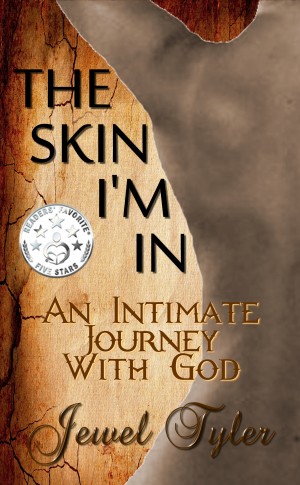 The Skin I'm In: An Intimate Journey With God

Jewel Tyler always knew she would become an author and the love of reading inevitably directed her path. A native of Washington, D.C., Jewel spent her younger years giving back to the community through a Youth Arts organization, Pamoja, she founded. She left D.C. in 1989 to pursue a fashion design career in Los Angeles, California. Jewel obtained her Doctor of Naturopathy degree in January 2015.

Jewel spent the last twenty years in several successful fields. In the corporate world, she used her technical expertise as a Computer Application Specialist. Her entrepreneurial spirit led her into several successful business ventures. She opened a chain of Exclusively Yours stores on the east and west coast - featuring handmade aromatherapy products, clothing and jewelry. She continued her fashion design career in the entertainment world as an image consultant to new and existing recording artists which ultimately opened doors for her to become the President of WOG (Word Of God) Records, Vice President to KNTD Publishing and a manager of several recording artists. Jewel maintains several blogs online with subjects regarding spirituality, natural alternative healing and the empowerment of women. She is the founder of the ‘WakeUp Girlfriend’ group on Facebook; a discussion group focusing on how to overcome domestic violence and matters of the heart.

Through everything, Jewel never lost the dream to write and when the Lord called her in 2005 to "put pen to paper" regarding her walk with him, she answered by penning her intimate journey with God in the form of a book. The Skin I’m In – An Intimate Journey With God is the first in a series Jewel has published.

Jewel has received numerous certificates over the years as a guest lecturer for colleges and universities. Her awards include nods from the late Mayor Tom Bradley, Michael Woo as well as Maxine Waters in Los Angeles, for her successful fashion design business and youth outreach programs. Jewel was spotlighted in ‘Book Writing Magazine’ and also a guest on ‘The Write Stuff’ and 'In The Room At Noon' radio talk shows. Jewel has received a five star review from ‘Readers Favorite’ for The Skin I’m In.

Reading from The Skin I'm In - Spiritual Warfare
Jewel Tyler is reading an excerpt from her book regarding Spiritual Warfare. Have you ever encountered real spiritual warfare? What would you do if you walked into your kitchen and knives were flying at you?

Reading from The Skin I'm In - Overcoming Physical Abuse
Jewel Tyler is reading an excerpt from her book regarding the obedience to a message from God. Being disobedient resulted in verbal as well as physical abuse.

You have subscribed to alerts for Jewel Tyler.

You have been added to Jewel Tyler's favorite list.

You can also sign-up to receive email notifications whenever Jewel Tyler releases a new book.