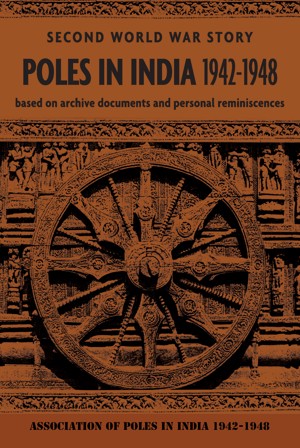 As children or teenagers, more than half a century ago, they did not realise just how unique was their stay in India. As mature adults they decided to research the archives, camp chronicles and their own diaries, to preserve that small, but unique part of the history of the Polish Refugee Odyssey during and after the War. It was only after the majority of the authors of this collective work reached retirement age that they found time for research and writing. To their advantage was the fact that many documents, previously unobtainable in Poland and only available after a fifty-year gap in England, now became accessible. This book often quotes the original documents in order to better convey the spirit of those days and maybe help future researchers, enlivening the text with personal reminiscences and entries from their youthful diaries.

The first Polish edition of this book sold out among the people whose story it told, the second found its way to many universities and libraries in Poland, as research of the deportations to Russia had until recently been forbidden, and all the material found in the London Public Record Office, British Library, or the Polish Institute and Sikorski Museum, was new to them. The English edition will be of interest to their children and grandchildren for whom English became the first language, also their friends in India, and hopefully all students of the period of the Second World War. As it is a collective work, the book retains the individual style of different authors so the English may seem rather unconventional.
Available ebook formats: epub
Price: $9.99 USD
Buy Add to Library Give as a Gift
How gifting works
Create Widget
Tags: second world war polish history poland holocaust association of poles in india communist poland poles in india polish refugees yalta agreements

You have subscribed to alerts for Association of Poles in India 1942-1948.

Would you like to favorite Association of Poles in India 1942-1948?

You have been added to Association of Poles in India 1942-1948's favorite list.

You can also sign-up to receive email notifications whenever Association of Poles in India 1942-1948 releases a new book.