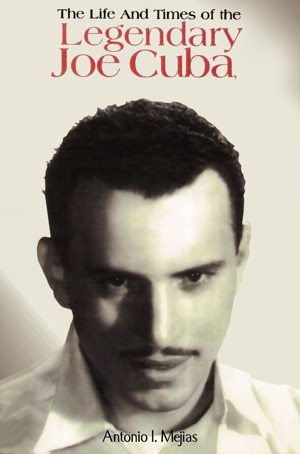 The Life and Times of the Legendary Joe Cuba

This biography is about an individual who grew up in Spanish Harlem, and became one of the twentieth century's living legends. His career as a musician spanned six decades. Joe was unique in his field because he was one of the first to successfully introduce English lyrics to Latin music. The book contains many short stories about his life, humor and wit. Its style is desiged for the stage.
Available ebook formats: epub mobi pdf rtf lrf pdb txt html
First 20% Sample: epub mobi (Kindle) lrf more Online Reader
pdb
Price: $3.99 USD
Buy Add to Library Give as a Gift
How gifting works
Create Widget
Tags: biography latin music salsa joe cuba joe cuba sextet latin rhythm la clave puerto rican celebrity boogaloo music legend
About Antonio Mejias

Once I complete my new book, I plan to get on Facebook, CreateSpace, Amazon.com and any other website that will expose my work.

In 1992, I published the Refrigeration License Examination manual, which has become a standard learning tool for Operating Engineers in the industry.

In 1997, I self-published a biography called "The Hector Lavoe Story," a tragic story of Latin America's favorite singer. Then in 1999, I translated my book in Spanish and self-published it as "La Historia Del Cantante, Hector Lavoe." Following these works, I started working with the late Joe Cuba, and completed his biography by 2001. Currently "The Life and Times of the Lengendary Joe Cuba" is completed and available on Smashword.com under biography. These biographies represent an era of music literature that is currently lost between today's Rap and Reggaeton music. My work is fresh, funny and nostalgic. 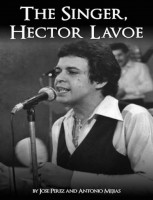 Review
Ronald VanCooten reviewed on March 16, 2011
(no rating)
I found this book very entertaining, and an example of a New York City Puerto Rican success story. Everyone of my generation knew someone who grew up in NYC's barrios during the 50's and 60's. For me, what kept me alive, and gave me hope was listening to Latin Music. I was a young kid who loved Latin Music and listened to it every weekend. We listened to Symphony Sid, and Dick "Ricardo" Sugar and would sit in the park, or on our stoops, listening to "our" music. Many of us "Newyoricans" didn't speak Spanish as well as our parents, but we loved the music. Then the Joe Cuba Sextette was hitting the radio waves with "Bang-Bang, El Pito, Sock it to Me, To Be With You", and on and on. At that time, you could call the radio stations and dedicate songs to your sweetheart, your friends, and even yourself. On Bergen Street in Brooklyn, Joe Cuba was "our" star. I had just become a musician at that time playing with local "boogaloo" bands. We all had our styles, but we all envied the sound of the Joe Cuba Sextette. As the years went on, I became a Bass Player of some note, having played with, and recorded with Johnny Colon on his "Merecumbe" album. It was shortly after this that I met Joe and thus began a friendship that lasted over 30 years. During that time, I played with Joe and traveled with him to Colombia, France, Italy, Los Angeles, and even Anchorage, Alaska. We had a hell-of-a-time in all those places. During those trips, I would listen to Joe's accounts of the trials and tribulations of having a "salsa" band and trying to keep it together for all those previous decades. If there was one thing I came away with, it was that Joe "enjoyed" his life! Sure, he had personal and professional problems as all artists did, BUT he never let these problems get him down, or stop him from getting gigs so we could all work. Joe used to call me the "nutty" professor because I was a Professor of Biology at LaGuardiaCC at the same time I was playing with him, but that "craziness" he talked about came from the joy, happiness, and sense of satisfaction I felt knowing we were making a mark in the Latin Music field that was appreciated by all people who loved Latin and Latin-Jazz Music. In conclusion, I just want to say that as a musician, I thank God for my association with Joe Cuba...And as an educator, I think this book will give the reader a sense of WHAT it was like to grow up in "el Barrio" and the kind of problems and stresses that a person could face, BUT more importantly, how ONE man was able to deal with these things, and STILL make a contribution to the Puerto Rican Culture of that time, and STILL have an effect on our culture today...God Bless Joe Cuba....WE MISS YOU!
With all my love and respect;
Prof. Ronald A.VanCooten B.A.,M.S.

(reviewed 16 days after purchase)
Mitch Calderon reviewed on Feb. 6, 2011
(no rating)
The book for the most part was good. It was a little bazaar reading events that I lived through...My two issues with the book are as follows: the original dedication went to Joe Cuba's mom (my grandmother). That was changed after he passed by his second wife, who it is now supposedly dedicated to. My biggest issue though is the decade of the 80's is so out of sequence throughout the entire decade it doesn’t make sense, at least to me. And considering I was with the band that made the Colombia, Panama, Amsterdam and Venezuela trips in the early 80's and late 80's I think I know better. I spent a long time correcting his errors including verifying dates on my passport and sending them to him and yet the writer did not change his errors…very curious and kind of odd. Very vanilla especially if you knew him and the band…
-Mitch

You have subscribed to alerts for Antonio Mejias.

You have been added to Antonio Mejias's favorite list.

You can also sign-up to receive email notifications whenever Antonio Mejias releases a new book.