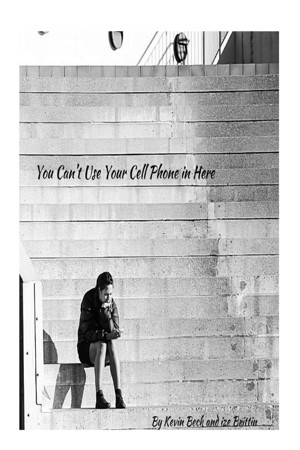 The collection opens with a fast-marching account of a pair of childhood friends attempting to pull off the prank of the century while somehow finding meaning in their lives through their genial treachery. Next comes the sad and alcohol-driven dissolution of a relationship -- as seen through the eyes of a loyal pet. Then, a self-righteous blowhard gets his comeuppance in a most unusual -- and entertaining -- way. On the heels of that, a troubled bus driver literally races toward a terribly destructive end, a load of hostages in tow. Following these male-dominated accounts emerges a steamy tale of a woman in a shredded marriage finding solace in a most adventurous manner.

Next, an embittered newsroom employee delves into an unseen world to exact revenge on a co-worker -- and the cosmos as a whole. After this, the book's true feel-good story, as a chef with unimpeachable style and grace tests his abilities to the limit. Then, a cycling accident brings an affably deluded man in touch with the world he wants but can never have; an ultramarathon runner engages in a hellishly solitary mortal struggle; and a gaggle of fifth-degree misfits stumble into a wee-hours, madcap confrontation with mischief. The book's final two stories are its shortest and longest; both involve haunted souls of a sort, but the presentation of their unlikely circumstances could not be any more different.

Lize Brittin was born in Boulder, Colorado in 1967 and has lived there for most of her life. As a high-schooler, she was a four-time Colorado state cross-country and track champion, and qualified twice for the Kinney (now Foot Locker) National Cross-Country Championship after winning the Kinney Midwest Regionals as a senior. At age 16, she set a women's record at the Pikes Peak Ascent, considered one of the most challenging mountain races in the country. Throughout her career as a world-class mountain runner, Lize also struggled with an eating disorder so severe it nearly killed her, being told by doctors at one point that she likely wouldn’t make it thought the night. Eventually, though, she was able to overcome anorexia and now engages in efforts to spread the word that recovery from the illness is possible. Lize has written a manuscript about her struggles with anorexia and poor self-image, and hopes that she can shed some light on an illness that often leads people to withdraw not only from their loved ones but from meaningful living altogether. When not writing, Lize enjoys speaking to groups and on radio programs dealing with topics such as eating disorders and body image. She has been a guest on several Denver-area radio shows, including KGNU, KRFC and Green Light Radio. She has also been featured in several articles and publications, and has been involved in various Internet podcasts, including the Runners' Round Table and Women Talk Sports. In addition, Lize’s blog, “Training on Empty,” is part of the Women Talk Sports Network. 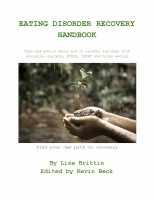 This book was great! The stories were eclectic, entertaining, and well written. I enjoyed myself, and hope these to find authors published another book someday.

You have subscribed to Smashwords Alerts new release notifications for Lize Brittin.

You have been added to Lize Brittin's favorite list.

You can also sign-up to receive email notifications whenever Lize Brittin releases a new book.