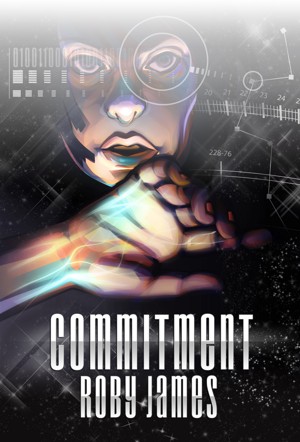 Gifted with a rare and amazing power over human minds, Class A talent Ronica McBride is ready to assume her lofty position in the Com's interstellar empire. Then a horrific incident leaves her stranded on a primitive planet without her memory. But once she remembers her past, Ronica discovers a shocking truth: Everything she has been taught by the Com is a lie.

Returning to the Com, Ronica vows to confront the powers who have deceived her and an entire civilization. She will have to take her astounding skills to the next level to protect those she loves—and destroy the corruption that is tearing the Com apart.

It is a mission she is willing to die for...

Book 2 of the Starfire Saga - sequel to Commencement.

Roby James started reading when she was four, writing when she was nine, and always got "talks too much" as a comment on her report cards. She fell in love with science fiction years before the field become respectable and with her husband about eight months before he became respectable. She has been running the Colorado River through the Grand Canyon since 1975 (before rafting became fashionable); her wilderness experiences taught her that life does exist without technology. That was a valuable lesson, because right after she got her M.B.A., she ditched corporate America, where employers thought she should think the way they did just because they were paying her. She is grateful that science fiction, white-water rafting, self-employment, minimalism, and monogamy have all reached the mainstream now, because she's always wanted to be part of the gang.

More books from Roby James are available at: http://ReAnimus.com/store/?author=Roby%20James

You have subscribed to alerts for Roby James.

You have been added to Roby James's favorite list.

You can also sign-up to receive email notifications whenever Roby James releases a new book.