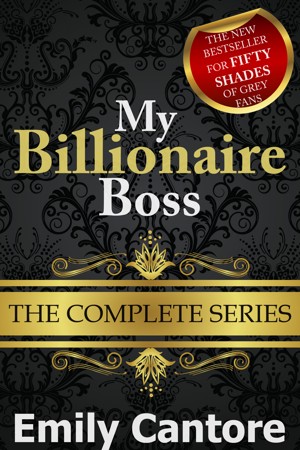 Emily Cantore has a last name that sounds like some kind of dance and a mind that spends a lot of time thinking about hot and heavy moments. She writes creative smut that is based on true events and true smut based on wild times. Her stories are all works of fiction … except when they're not.

Also in Series: My Billionaire Boss

You have subscribed to Smashwords Alerts new release notifications for Emily Cantore.

You have been added to Emily Cantore's favorite list.

You can also sign-up to receive email notifications whenever Emily Cantore releases a new book.