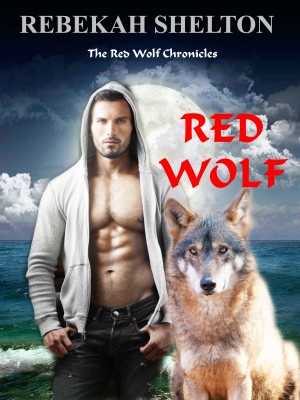 Rebekah is an empty-nester, living in the Southeast with her husband, Jeff. Taught to read at a young age, she cannot remember a day since, without a book in her hand.
After dreaming night after night of a tall, slender, blonde girl walking down a dirt road in Africa and the dream stopping at the same place, Rebekah started writing down the dream. Six months later, Emerald Eyes and the Legend of the Snow Wolves series had begun.
The second series, The Red Wolf Chronicles, is about a rogue wolf who makes a living hunting down and capturing the most heinous of criminals. His biggest competition is a female bounty hunter who ends up being a...oops, that's the best part.
The third series is The Battle for Zarcon Saga, a futuristic tale involving space travel and alien species who attempt to coexist on Earth. While not a romance, the two major characters are a male and a female. He is an up and coming Captain from the slums, and she is the spoiled rotten Cadet who are thrown together by her father, a high ranking General in the Intergalactic Command Exchange (ICE). The only love between the two is that they love to hate each other.
After finishing Battling Avon, Rebekah's husband Jeffery knew the story could not end there. He knew Jax had to return to earth as a deserter and rebel. Together they wrote the outline for Operation De-Ice during Jeff's forty-mile drive to work and he subsequently co-authored the book.
Address for Murder was inspired by an actual event. A woman was having problems having packages delivered to her post office box that was previously rented by a FBI agent. Wondering what would happen if the box was used by a CIA agent whose life was in danger because of a double or triple cross, Address for Murder was born.

Review
Angela Penland reviewed on Oct. 7, 2014
(no rating)
AWESOME!!!!!! love the story line and the cross references. really drags you into the story and what happens next. great way to take a break from reality

I have read many many books in my lifetime but I have to say this is probably one of the best yet...As a fellow author as well I have to say I was on the edge of my seat with this book...I was the best rollercoaster ride in the world with a thrill each turn of the page! This is a must read!

You have subscribed to alerts for Rebekah Shelton.

You have been added to Rebekah Shelton's favorite list.

You can also sign-up to receive email notifications whenever Rebekah Shelton releases a new book.