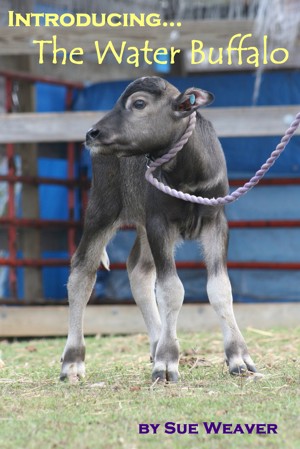 Sue Weaver began writing professionally in 1969 when her first article was published in The Western Horseman magazine. Since then she’s written hundreds of articles, first specializing in horse magazines, then publications affiliated with Hobby Farms magazine. She’s also written eleven books, four in the Hobby Farms series for i-5 Publishing and seven for Storey Publishing. All relate to livestock or poultry including pigs, goats, sheep, cattle, chickens, donkeys, llamas and alpacas. She is a self-taught writer.

Sue lives on a 29-acre property in the southern Ozarks, along with her husband of 40 years and a huge animal family composed of horses, full-size and miniature; a donkey; Classic Cheviot sheep; Boer, Nubian, Alpine, Sable, and mixed breed goats; a llama, a water buffalo; a pet Jersey-Holstein steer; a tame razorback hog; guinea fowl; and a passel of dogs, most of which are former rescues. The money she earns from her writing ventures is used solely to buy feed for her animal friends.

Sheep; Small-Scale Sheep Keeping for Pleasure and Profit (i-5 Publishing; 2005)

Goats; Small-Scale Herding for Pleasure and Profit (i-5 Publishing; 2006)

Llamas and Alpacas; Keeping a Small-Scale Camelid Herd (i-5 Publishing; 2009)

The Backyard Goat; an Introductory Guide to Keeping and Enjoying Pet Goats, from Feeding and Housing to Making Your Own Cheese (Storey Publishing; 2011)

You have subscribed to alerts for Sue Weaver.

You have been added to Sue Weaver's favorite list.

You can also sign-up to receive email notifications whenever Sue Weaver releases a new book.