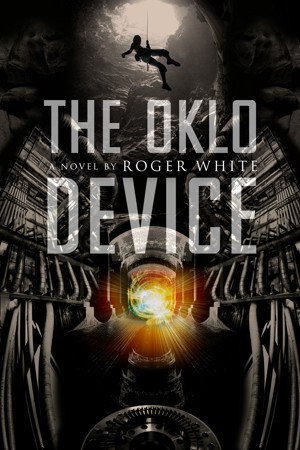 By Roger White
In 1972, scientists at a uranium enrichment plant in France made a startling discovery. While studying samples from the Oklo mine in Gabon, researchers found that this ancient uranium's atomic energy was considerably depleted at Oklo. Uranium can be altered in this way only through a nuclear reaction. For years, they theorized this was highly bizarre--but natural. Then they found The Oklo Device. More
Evelyn Gilmore, a headstrong black anthropologist, is onto what she hopes is the discovery of a lifetime when she begins an excavation in the northern Brazilian town of Salvador. But what she anticipates as the uncovering of relics from a 19th-century slave revolt becomes the deconstruction of everything we know about human history—as she finds in a 900-foot-deep cavern modern technology from a time before man ever walked the earth.

Gilmore’s ex, Cornell Nye, a specialist with NASA’s LINEAR team—which detects asteroids and other near-Earth objects—meanwhile has been hand-selected for a crew tasked with manning a device to protect the planet from a colossal body that NASA has recently discovered is heading for Earth. Nye and other top LINEAR personnel are flown to a small town in the eastern savannas of African Gabon, where the United States has maintained a secret base for several years. At the abandoned Oklo mines, a pre-ancient technological marvel has been uncovered; years in the works, a special U.S. team of scientists has resolved its functionality—it is a device from the same prehistoric time as Gilmore’s discovery in Brazil. It is a device meant to protect Earth from cosmic debris.

Gilmore teams up with historical linguist and former colleague/lover C.L. Brody to unlock the mystery of an ancient language she has found in her discovery in the Brazilian cavern. After talking with her ex, Nye, they determine that their structure is intricately linked with the device in the Oklo mines—halfway across the globe. Gilmore solves the puzzle of the link: When all the continents were one—millions of years ago—the northern coast of Brazil was merged with Gabon, in the supercontinent known as Pangaea. Gilmore’s find in Brazil is the key to making the Oklo device work properly to protect Earth from the titanic asteroid plunging through space.

Reviews of The Oklo Device by Roger White

You have subscribed to alerts for Roger White.

You have been added to Roger White's favorite list.

You can also sign-up to receive email notifications whenever Roger White releases a new book.