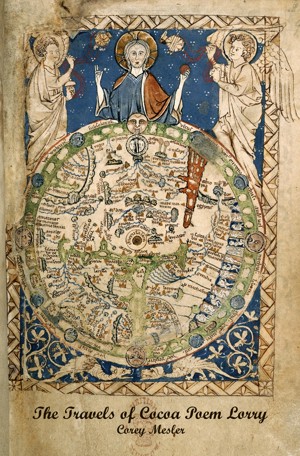 The Travels of Cocoa Poem Lorry

By Corey Mesler
COREY MESLER has published extensively. He has been nominated for the Pushcart Prize numerous times, and two of his poems were chosen for Garrison Keillor’s Writer’s Almanac. His fiction has received praise from John Grisham, Robert Olen Butler, Lee Smith, Frederick Barthelme, Greil Marcus, among others. With his wife, he runs Burke’s Book Store in Memphis, TN. More
Cockahoop, Xianggang, February 4th

We were greeted by the denizens with a parade and small gifts. I received a microscopic elephant carved neatly from an actual tusk. My guide, Actaeon, was given a timepiece showing earthly hours alongside those of heaven. Spent a peaceful day eating the local specialty they call Mast. It tasted of ashes and overly fermented mead. That night we opted to sleep under the stars as the local inn seemed to be full of Jacklighters. We slept well under wheeling Orion, the night air as cool as a young head of lettuce. 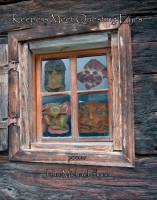 Reviews of The Travels of Cocoa Poem Lorry by Corey Mesler

You have subscribed to alerts for Corey Mesler.

You have been added to Corey Mesler's favorite list.

You can also sign-up to receive email notifications whenever Corey Mesler releases a new book.