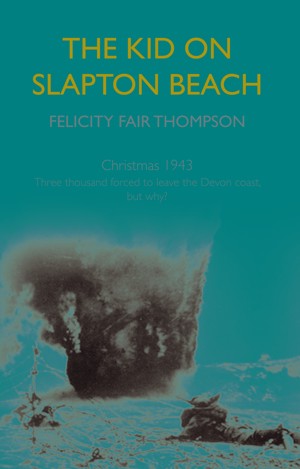 The Kid on Slapton Beach

Twelve-year-old Harry is one of three thousand people leaving the coast in Devon during the Second World War as US troops move into the area, planning secret D-Day rehearsals on the beach there in April 1944.

But what if your most treasured possession is left behind?

Felicity Fair Thompson was born in Australia into a writing family. After a short career as a dancer in UK, she spent several years as Senior Assistant Manager at the Odeon Leicester Square in London's West End, before settling on the Isle of Wight where her interest in photography and travel expanded into film making.
She has a Masters degree in Screenwriting: London College of Communication and her latest film, a drama documentary Carisbrooke Castle – 1000 years of British History was broadcast on SKY TV. Three of her other fourteen travel films have been shown on Australian television. Her published writing includes a children story, an EU funded community play, scenic travel features, poetry, theatre reviews and personality profiles. Her first novel Cutting In, set in the theatre world, was one of the three top finalists in the Beryl Bainbridge Award, 2012/13 People’s Book Prize.

You have subscribed to alerts for Felicity Fair Thompson.

You have been added to Felicity Fair Thompson's favorite list.

You can also sign-up to receive email notifications whenever Felicity Fair Thompson releases a new book.