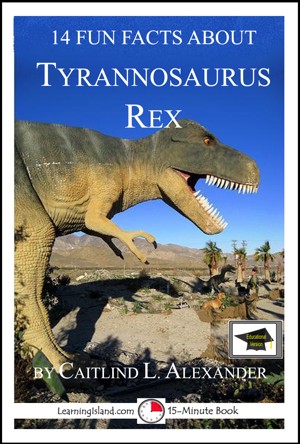 Which weighed more, a tyrannosaurus rex or an elephant?
What were the holes in t. rex’s skull for?
How much weight could t. rex’s arms carry?
Where did t. rex live?

Learn the answer to these questions and many more fun facts in this 15-Minute Book. Tyrannosaurus rex is one of the most well-known dinosaurs to ever roam the earth. How much do you know about them?

LearningIsland.com believes in the value of children practicing reading for 15 minutes every day. Our 15-Minute Books give children lots of fun, exciting choices to read, from classic stories, to mysteries, to books of knowledge. Open the world of reading to a child by having them read for 15 minutes a day.