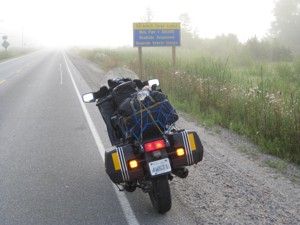 By Peter Hobday
On yet another motorcycling misadventure the author decides to pursue the internet legend of an unpoliced and speed limit-less highway in Canada's sub-arctic.

Ride along on powerful and majestic "Connie" as the big guy scares himself witless and somehow becomes stranded amidst black bears and rutting moose.

The author is a cantankerous old fart who detests most things including Dr. Phil, sub-woofers and shopping. He takes pleasure from horrid public behaviour and riding powerful motorcycles in an illegal manner.

It is possible that he still is a Minister of the Mother Earth Church of California if it still exists and if they got over the bounced cheque ordination fee thing. He appeared for a millisecond with his brother in Cronenberg's "The Fly" and also has broken many of the bones in his body.

He was once arrested at the top of the water tower in Sioux Lookout, Ontario by an Ontario Provincial Police sergeant who was afraid of heights. 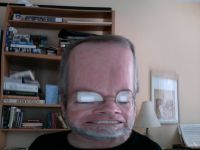 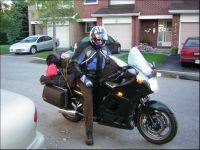 You have subscribed to alerts for Peter Hobday.

You have been added to Peter Hobday's favorite list.

You can also sign-up to receive email notifications whenever Peter Hobday releases a new book.