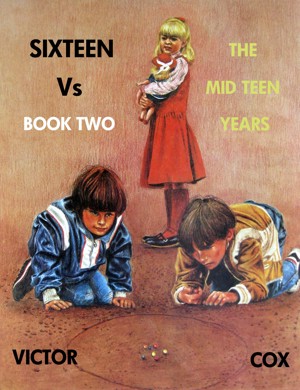 By Victor Cox
Tragedy hits Victor's family and recovering from the temporary split-up helps shape his character. School yard games spin off in nostalgic events for kids living in the early 1960s. His continual desire for adventure creates several problems and unexpected outcomes. His many ‘firsts’ provide humorous memories for anyone. Life lessons abound as he escapes dangerous situations. More
Hardly before Victor can get settled down at their new location, a house fire causes a serious blow to his family. Forced to split up for a while, he gains valuable character insight watching his polio- crippled Uncle work. He is dismayed with another sibling quitting school. He vows to stop the trend. School yard games and adventures around his house provide excitement and danger. His many life lessons and ‘first time’ events create humor, challenge, and memories. The second location starts with potential danger and transitions to learning a life skill that will serve his family just a couple years later. Victor’s many fishing adventures are not what you would expect and lead to many suspenseful situations. Those situations seem typical for him as he narrowly escapes death from some pranksters that leave scars on his mind and body.

Victor Cox is an aspiring writer. After growing up in northern Louisiana, he was drafted into Military service and chose the Air Force as a career. Married at the time, his son was born when he was in Vietnam. His son was eight months old the first day Victor saw him in person. Victor and his family moved to many stateside locations in the Air Force, including one tour in Germany. Victor retired from the Air Force after twenty eight years of service. His military service encompassed being an aircraft maintainer, a flying Crew Chief, aircraft maintenance instructor, and manager. He is a retired Chief Master Sergeant (E9). After completing a tour in Vietnam, he pursued his educational opportunities. After such a precarious start in High School, he earned three Associate of Science Degrees and a Bachelor of Science Degree. He graduated valedictorian from Southern Illinois University at Carbondale. He regrets telling people he was the only one in his family to graduate High School and go to college. He has one son and three grandsons. He presently resides in Powderly, Texas. 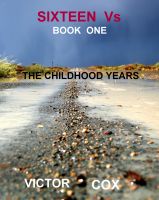 Also in Series: Sixteen Vs 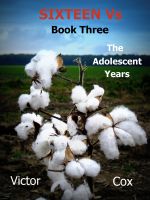 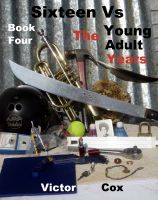 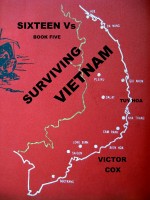 You have subscribed to alerts for Victor Cox.

You have been added to Victor Cox's favorite list.

You can also sign-up to receive email notifications whenever Victor Cox releases a new book.