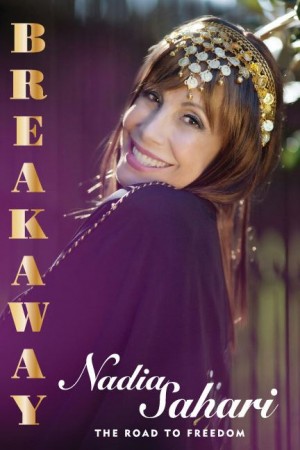 By Nadia Sahari
Nadia Sahari was born in Lebanon. Brought to America as a child, Nadia was caught between two cultures and paid dearly for trying to assimilate. Physical and mental abuses continued at the hand of her alcoholic husband until she finally said, “It’s over!” You will marvel at the strength of character revealed in BREAKAWAY as Nadia describes her road to freedom. Now author, actress, and show host. More
Nadia Sahari tells the remarkable, true story of her early life. Ms. Sahari was born in Lebanon. Breakaway, her sensational journey through abuse, lifts the veil on her struggle for freedom. Until her early twenties, she was a victim of many abuses, including molestation, repeated beatings, rape, kidnapping and several attempts on her life. Miraculously she survived. Through it all she clung to her dream to be an actress. She never gave up. Her life story will bring hope and courage to abused women and children everywhere.
Available ebook formats: epub mobi pdf lrf pdb txt html
First 15% Sample: epub mobi (Kindle) lrf more Online Reader
pdb
Price: $6.95 USD
Buy Add to Library Give as a Gift
How gifting works
Create Widget
Tags: forgiveness alcoholism hope mental abuse independence inspirational kidnapping memoir faith courage healing freedom dance domination womens issues abuse sexual assualt encouragement survivor homeless rape domestic violence abortion controlling cultural isolation child molestation middle eastern
About Nadia Sahari

Nadia Sahari was born in Lebanon and grew up in Dearborn, MI. As an entrepreneur, she has owned and operated a jewelry store, three fashion boutiques, a cell phone/pager store and a vitamin company with 33 employees. She has performed and taught belly dancing. After studying acting in Nevada and Texas, she became a professional actress, appearing in several recent episodes of Friday Night Lights and the feature film Conflict of Interest (with Michael Madsen and Lee Majors). Her role in the 2009 film Bandslam (with Lisa Kudrow and David Bowie), earned her a Screen Actors Guild membership. Sahari was invited to be a panelist on Oprah and has been featured as a magazine cover girl. She has also appeared on numerous national and international radio and television shows.
An activist for the rights of women and children, Sahari donates a portion of net proceeds from book sales to organizations that support victims of abuse.

Reviews of BREAKAWAY by Nadia Sahari

You have subscribed to alerts for Nadia Sahari.

You have been added to Nadia Sahari's favorite list.

You can also sign-up to receive email notifications whenever Nadia Sahari releases a new book.