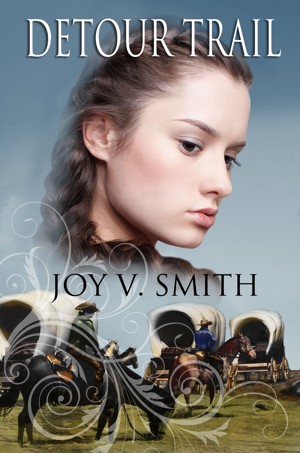 Joy V. Smith has been writing stories since she was a kid and made her own little books. Her stories and articles have been published in print magazines, webzines, and anthologies; and her SF has been published in two audiobooks, including Sugar Time. Her books include Strike Three, Sugar Time, Taboo Tech, Detour Trail, Building a Cool House for Hot Times without Scorching the Pocketbook, and a collection of her published short stories: The Doorway and Other Stories. Her ebooks include Hidebound, Pretty Pink Planet, Hot Yellow Planet, and Remodeling: Buying and Updating a Foreclosure. She lives in Florida with Blizzard the Snow Princess, Pemberley, the tortoiseshell cat, and Samwise, the puppy. 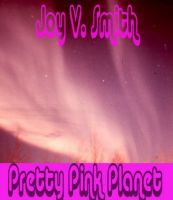 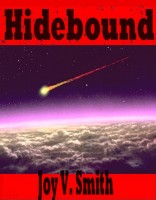 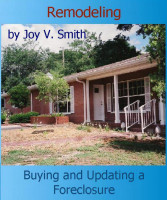 In many ways this is a classic Western. To this is often very masculine genre is added the touch of a female writer. We also have the post-modern twist of the female character that is more able than most men, but here the 'superbeing' augmentations of so much of this trend have been avoided. The central character is indeed a young woman who is more capable than most men, but this is all based on realistic physical abilities, learned skills traditionally considered 'masculine', and a huge amount of female intuition and guile.
A believable heroine matched by an equally plausible and well thought out cast, set in an accurately drawn historical setting on the Oregon Trail of the early 19th Century, makes for a very good read. The book is a feel good story, High Chaparral sort of stuff, in which the good guys eventually win. All the characters are clearly labelled, reminding me of the 1940s/50s movies in which the good guys always had light coloured Stetson hats, and light coloured outfits, often even horses, and the baddies were all dressed in black. This doesn't mean the characters lacked substance, rather that they filled so many familiar Western roles.
There are a few head hopping problems, especially at the start, which made some dialogue hard to follow, and at times the story is just a bit too predictable. Nevertheless, this is a well painted story that centres on Annie Oakley rather than the Jim Bowie types, both of which in reality played equal parts in taming the Wild West.

You have subscribed to Smashwords Alerts new release notifications for Joy Smith.

You have been added to Joy Smith's favorite list.

You can also sign-up to receive email notifications whenever Joy Smith releases a new book.