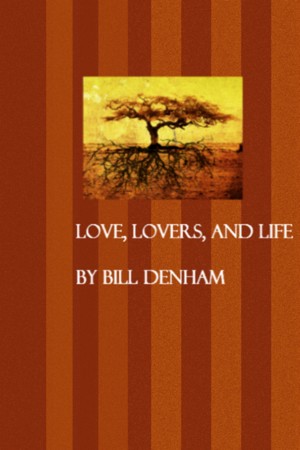 A boudoir romance between beauty pageant queen and her chosen lover with the second episode between a non-com petty officer and an officer overseas during wartime, plus a European travel adventure while traveling the continent studying for a Master;s degree, More
A slight pause surfaced. She needed to catch her breath and relax, if she could. She was enjoying total satisfaction and pleasure. John Henry had concluded a stellar day and Jana now knew what he could do for her. Our bodies became one while savoring our momentous day. The sensation of "togetherness" prevailed--both of us warmly wrapped in each other's arms that produced soothing endearments never forgotten.
What a beautiful lady! Her body, for the lack of a better term, had reached a sensuous euphoria. By her own admission, she claimed she had never experienced such happiness, and I was just as besotted by her astonishing gift of love. It delivered the same truth to both of us. Suddenly I realized the sensuous and pleasurable Epicurean world I now inhabited had become an infatuated aura. I had gained total confidence in her priceless love and thought . . . knowing any day that Jana may want to return her
dream world to my threshold, it would be welcomed.

We experienced it again and again for a few months . . . falling deeply, irrevocably in love . . . each day getting better than the last as we enriched our lives with love the way it's meant to be.

As a native Hoosier, I was born and reared in Sandford, IN, is a small rural community of 300 residents in west-central Indiana and next to the Illinois state line. These 300 residents were unique individuals for a number of reasons. One reason is that they adhered to a known doctrine that says, ”it takes an entire community to rear a child. I have said numerous times that I would not take a millions dollars for the great experience I had by growing up in this small town. It was such a great experience I knew someday I would write a history book of my hometown. I wanted the world to know how I felt about it. The book is an 8 ½ by 11, 280 page history that describes all facets of its unique history before and during the Great Depression and World War II. The book remains popular today and is still available should a person desire a copy. There’s a copy in various city libraries, historical centers and the State Library of Indiana. You will not be disappointed. Contact me at: brdenham7@gmail.com for details, if interested.

I attended public schools in Indiana. A short time after completing high school, I was summoned by Uncle Sam for military service due to the North Korean Army rearing its communist head with threats against South Korea. World News appeared too ominous when they continued to announce that the North Koreans were sounding its war cadence to a different drummer. Our government was not going to delay its challenges.

I was interested if the Navy would offer any benefits beyond the Marines, Air Force, or Army. I asked a close friend who had served in the Navy during W.W.II if he knew any benefits I might enjoy in the Navy. After a minute or two of thoughtful delibera-tion, he said, “Bill, in the Navy you can expect three square meals a day and a white sheet to sleep on every night.” I said, ‘Thurman, thanks so much for your kind answer to my question. I am going to enlist in the U.S. Navy today.

A short time later I knew I made the correct decision. After 12 weeks of boot camp and attending radio school for 16 weeks at Norfolk, VA, I was sent to Balboa. Canal Zone, the home of the Panama Canal. I considered myself lucky for this two and one-half year assignment. The Navy took the top ten of our graduating class and assigned us duty around the world. I always thought I received the best assignment of the ten. Normally we would have been assigned duty aboard a ship and served the remainder of our enlistment there. The last few month I did serve on a ship as a radio operator.

After my four-year tour in the Navy, I returned home to complete my Bachelor’s Degree—having completed over one year of it before my Navy enlistment. In less than two more years I completed my first Master’s Degree by spending the entire summer in England and Europe by enrolling in a program sponsored by New York University. I had decided to double-up on securing my college degrees since I had served four years in the Navy. Subsequently, I earned a second Master’s Degree that aided me exponentially while serving nearly 30 years as a teacher and principal in the Illinois Public School System, and several more years of my education career as a Regional Superintendent of Schools for the Illinois State Board of Education in Springfield, IL.

The late years of my career included those of a securities and commodities broker, real estate agent, author of six books, elected to public office in two separate capacities for three terms, college professor and administrator, college and American Legion baseball coach. A couple of the most pleasing aspects of my life have been raising registered quarter horses and purebred Charolais cattle and traveling to 24 countries while meeting dignitaries in religion, sports, education, and government.

You have subscribed to alerts for Bill Denham.

You have been added to Bill Denham's favorite list.

You can also sign-up to receive email notifications whenever Bill Denham releases a new book.