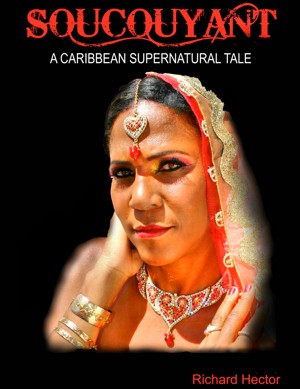 Richard Hector lives in Phoenix, Arizona where he does research on system factors that affect colorectal cancer screening among vulnerable groups. He began his advanced studies in neuroscience, but switched to public health after witnessing the ravages of HIV and "crack" in his native land, Trinidad and Tobago. He has a master's degree in neuroscience, a master's of public health in epidemiology and a PhD in health services research. He is married with a boy and two girls. He enjoys watching his wife and kids play netball and soccer. He plays double seconds, and tenor pan. He enjoys playing calypso, straight ahead, jazz and standards. He also enjoys snorkeling, bodyboarding, jogging and motorcycling. 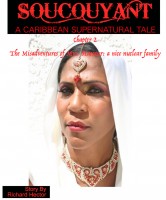 An interesting first chapter. Grabs your attention quickly and keeps it. Would welcome the addition of a Trini/US dictionary.

Although in its early stages, I foresee a collection of intertwined stories based on the rich culture and traditions of Trinidad. For example, I wonder if the civil engineer who travels around is also a soucouyant? Or how about one of the very caring nurses or loving wives? Looking forward to seeing more.

This is a very well-written short story with vibrant imagery from beginning to end and a plot that really holds your interest and sucks you in like a Soucouyant. The sex was craftily balanced between not being too raunchy and underdone. The hint of Caribbean flavor captures the true essence of what I remember and long to one day revisit. I would love to see a sequel!!

This short story kept you at the edge of your seat. You cannot put in down, you just got to get to the end. The characters capture the rhythm of the Island “liming on the corner talking trash”. The essence of Trinidad folk tale was captured with a different twist. Extraordinary and delightful reading!

(reviewed the day of purchase)
Barbara Yednak reviewed on Oct. 8, 2013

Lots of twists and diversity in this short story. It held my interest.

You have subscribed to Smashwords Alerts new release notifications for Richard Hector, Sr.

You have been added to Richard Hector, Sr's favorite list.

You can also sign-up to receive email notifications whenever Richard Hector, Sr releases a new book.