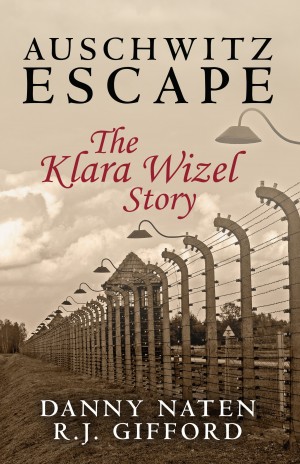 This book, the story of Klara Iutkovits Wizel was compiled from numerous conversations between Klara and Danny Naten during the making of an award-winning documentary. They spent hours on the phone as well as in person talking since Danny wanted to know her story accurately to tell. The relationship they formed was much more than just professional, it was true friendship. Many times Danny paused in writing in order to absorb the horrific things that happened to Klara as he took time to find the words that would be felt in the way he wanted the reader to experience them. Although there are many wonderful and heroic stories of Holocaust survivors, Klara’s survival and escape is unique. Perhaps the reason is her life story. Or maybe it is because he knew her personally. Randy Gifford came on to the project after seeing the documentary show at AOFIFF. The collaboration that ensued brought out a side of Klara, Randy and Danny that they had not known of before. Ultimately, Danny was heard to say that he realized that it was an undeniable privilege to meet and profile such courage.

Important true life account of the experiences of a Jewish girl growing up during WWII and being sent to the camp. My pops fought in the south pacific, and never fought against the Germans but it still hits me where it hurts. Must read for the idiots who claim the holocaust never happened.

hunting, beautiful, sad. a tribute to the survival of humanity despite a world of unthinkable inhumanity

You have subscribed to alerts for Danny Naten.

You have been added to Danny Naten's favorite list.

You can also sign-up to receive email notifications whenever Danny Naten releases a new book.