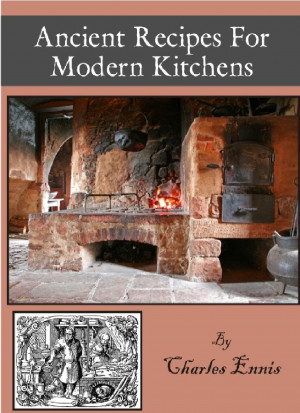 Charles is the co-author of Safe Approach, a safety book for field workers like social workers and nurses. Also writes sword and sorcery fantasy fiction and paranormal romance (as Carrie Bryce).
Charles retired from the Vancouver Police Department in November 2005 after serving 29 years with them. He was awarded the Governor General’s Exemplary Service Medal. Charles' past job assignments within the VPD include the Emergency Response Team, Hostage Negotiator, Child Abuse Investigator, Gang Crime Unit, and the Mental Health Emergency Services Unit. Charles went on to be a police dispatcher for ECOMM for Southwestern B.C., retiring from ECOMM in 2013.
Charles is the founder of an order of Knighthood called the Order of Paladins, British Columbia in October 2007.

Learn more about C. A. Ennis

Reviews of Ancient Recipes for Modern Kitchens by C. A. Ennis

I've tried a few recipes from this book and can't wait to try more - there's plenty of tasty-looking ones to choose from! This book has been well-researched and the historical background provided on the dishes balances the actual recipes nicely.

You have subscribed to alerts for C. A. Ennis.

You have been added to C. A. Ennis's favorite list.

You can also sign-up to receive email notifications whenever C. A. Ennis releases a new book.