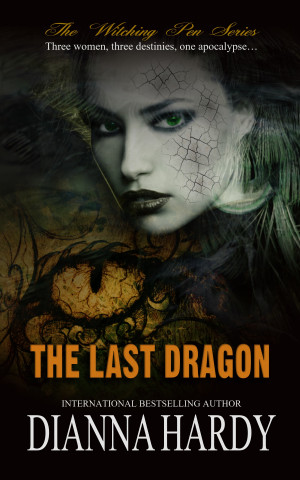 The Last Dragon (Book Four of The Witching Pen Series)

But the fairy queen finds herself cemented within humanity and struggling with human emotions, and her right-hand-man, Lucifer, has secrets which are causing fissions among every race.

Meanwhile, Karl and Elena struggle with their powers, Katarra delivers an important message, and two men will stop at nothing to protect their unborn child - the Messiah of the New Age - and the woman they love.

Far to the east, the fallen Archangel Michael is fighting for the one he holds above all others.

The last Dragon is about to rise and seal everyone's future, which depends solely on its survival ... or its extinction.

About the Series: The Witching Pen

Elena, a thirteenth generation witch, is the most powerful witch on the planet; Amy is hidden from her true self, and Mary feels the pain of mankind.

On the appearance of a magic pen, three women uncover family secrets and deep betrayal, to discover they are more than they've been led to believe - for better or worse.

Alongside the men, demons and angels who love them, they are thrown into a supernatural world where time becomes muddied, where new and ancient merge, where forged bonds cannot be broken, and matters of the heart are never black and white.

And then, there's the impending apocalypse.

Unique, fun, fast-paced, sexy and passionate, this is paranormal romance that combines the dark with the light, and the sweet with the gritty.

Also in Series: The Witching Pen