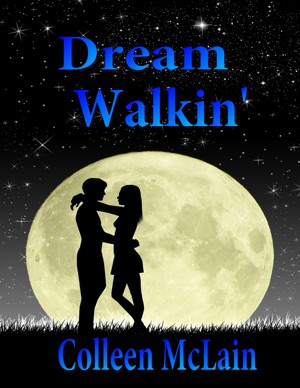 Kelly Callahan and Matt Adams have been in love since the stormy moment they met. They just don't know it yet. If they can set aside their differences and work together to solve a murder and prevent their own, they may find out. More
Set amid the rugged natural beauty of the Minnesota Boundary Waters Canoe Area, Kelly Callahan has forged a new place for herself, a tranquil home, far from the city where she can forget her brutal past and maybe someday think about her future. But her peace is disturbed when a new sheriff rolls into town.
Sheriff Matthew Adams is really a federal Marshall. His special mission is to bring the killers of his predecessor, three deputies and 2 special agents to justice, while rounding up a group of international bear poachers. Not the most difficult assignment until he meets the feisty owner of The Dew Drop Inn.
Dodging bullets, bears and bar room brawls the unlikely pair find themselves in love, he for the first time and she for the last.
But they face one more obstacle which threatens to kill them both.
Available ebook formats: epub mobi pdf rtf lrf pdb txt html
First 20% Sample: epub mobi (Kindle) lrf more Online Reader
pdb
Price: $2.99 USD
Buy Add to Library Give as a Gift
How gifting works
Create Widget
Tags: romance survival colleen romance action adventure women achievers gun smoke romance and murder contemporary adventure romance and humor wilderness canoeing romance after abuse women getting revenge colleen mclain contemporary romance adventure matt dillon mclain toby keith western themes
About Colleen McLain

Born and raised in Minnesota, I wasn't a very popular girl. my shyness kept me isolated which is why I started reading, and then writing. My first novel was a 3rd graders idea of adventure. Trixie Beldon influnced me greatly, but as you can guess the story was strong the writing weak. Since then (29 years later) I was picked up by Kensington press, a short lived success. When my editor left, my stable option was not picked up and other editors didn't like my work. After a few submissions to other publishers and rejection after rejection I lay my pen down for a while. A week later I was back at it only this time I forgot the historicals which I never really wanted to write anyway. Dream Walkin' has earned 5 five stars on Amazon, and 2 five stars on B&N, 4 of 4 stars on line book club. Castaway Heart has 3 of four stars on We love romance. Just Like in Key Largo is my next to be published and the previews I set up on Goodreads looks promising.
I often wish I could be one of those who write pulitzer prize worthy work, write something more than as my friends call "fluff" but then I am reminded by others that "fluff" is feel good work for those who need a break from everyday life, and that the creator of 007 is also the creator Chitty Chitty Bang Bang. So who says there may not be some pulitzer idea lurking between the next two books.

You have subscribed to alerts for Colleen McLain.

You have been added to Colleen McLain's favorite list.

You can also sign-up to receive email notifications whenever Colleen McLain releases a new book.