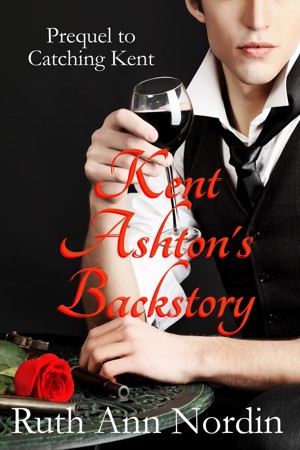 By Ruth Ann Nordin
Rated 5.00/5 based on 2 reviews
In Falling In Love With Her Husband, Kent Ashton was the villain…

Everyone has their story, and this is Kent's version of events. See what really happened behind the scandal with Rebecca and why he went to find Ann Statesman in North Dakota.

This is a novella. It is not a romance. It is the prequel to Catching Kent. Catching Kent is Kent Ashton's romance. More
In Falling In Love With Her Husband, Kent Ashton was the villain… Or at least that is how Ann Statesman and Todd Brothers saw him.

But was he really? Why did he really end his courtship with Ann? Was his scandalous behavior with Rebecca Johnson the reason he became engaged to her? And what compelled him to go after Ann after she married Todd and moved to North Dakota?

This novella tells why he did what he did. And it paves the way for the book that will lead to his own happily ever after.

Please note: This is the prequel to Catching Kent. It does not have a “happily ever after” ending. The happily ever after comes in Catching Kent.
Download: epub mobi (Kindle)
Price: Free! USD
Add to Library
Create Widget
Tags: money scandal greed manipulation family conflict catching kent falling in love with her husband
About Ruth Ann Nordin

Kent Ashton's Backstory By Ruth Ann Nordin
Prequel to Catching Kent - Nebraska Series
Kent Ashton was not all he seemed to be and neither was his family. They lived and acted the wealthy life, Kent was even in a prestigious school. The truth was his parents were depending on him to marry into wealth so they could continue the lifestyle they had been used to, until they lost most all of it.

He wanted love and found it with Ann Statesman. Until one night when he drank too much and it changed his life forever. His father ruined his life in so many ways. He determined he would one day be a man that would not be like his father.

Catching Kent will take off where this story has ended. This book is mostly Kent's background and it mirrors Falling In Love With Her Husband, Ann's story, as seen from Kent's viewpoint.
http://justjudysjumbles.blogspot.com/2011/09/ruth-ann-nordin.html