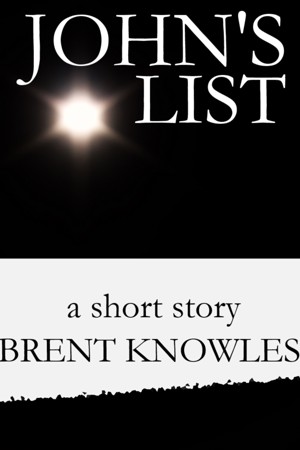 By Brent Knowles
John Seven, a clone, is scouring deep space to rescue his creator's lover from a race of brutal aliens. It falls to him and his crew of fellow clones to finish what their originals started. In the final battle between human and alien John will be forced to choose between following his duty or following his heart.

Brent Knowles is a writer, programmer, and game designer.

He worked at the role-playing game studio BioWare (Baldur's Gate 2, Neverwinter Nights, Jade Empire, Dragon Age) for ten years, during most of which he was a Lead Designer/Creative Director.

He has been published in a variety of magazines including Neo-Opsis, On Spec, and Tales of the Talisman.

In 2009 Brent placed first in the third quarter of the Writer’s of the Future Contest.

He is also a member of SF Canada: Canada’s National Association for Speculative Fiction Professionals

You have subscribed to alerts for Brent Knowles.

You have been added to Brent Knowles's favorite list.

You can also sign-up to receive email notifications whenever Brent Knowles releases a new book.