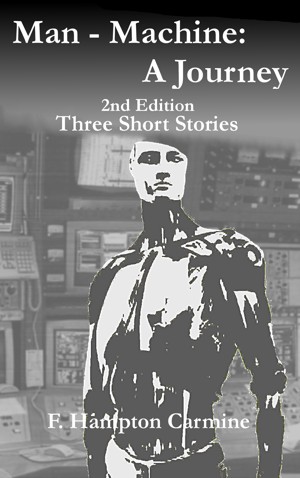 Hampton Carmine or F. Hampton Carmine, more formally, has been writing stories since high school in the early sixties when he completed three sci/fi novels that still exist in red ink on pulp pencil tablets as instruments of humility.

He was born in the small college town of Oakland City, Indiana where his dad was in music school. His youth was spent in the midwest but he went to college in North Carolina at East Carolina University achieving a degree in Psychology and advanced degrees in Speech and Language Pathology and Special Education. This was followed later by a degree in Computer Science, a career in state service and retirement to help raise a first grandchild.

He continues to write Fantasy and Sci/Fi as well as compose music for band and orchestra while living in Raleigh, NC.

You have subscribed to alerts for F Hampton Carmine.

You have been added to F Hampton Carmine's favorite list.

You can also sign-up to receive email notifications whenever F Hampton Carmine releases a new book.