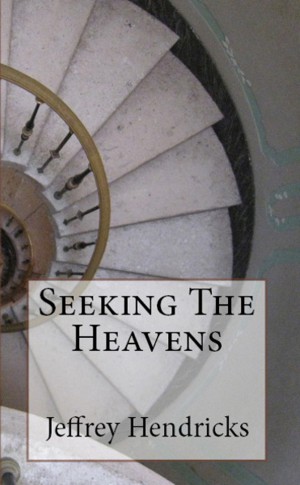 By Jeffrey Hendricks
Rated 4.00/5 based on 1 review
In a world where Earth's Ionosphere is in a constant state of turmoil, a young inventor embarks on an unlikely journey looking for his missing scientist father. He finds more than he bargained for, and in the process learns about forgiveness, loyalty, and courage. This novel has action, light romance, humor, and intrigue in a captivating retro-futuristic setting.
Available ebook formats: epub mobi pdf rtf lrf pdb txt html
First 33% Sample: epub mobi (Kindle) lrf more Online Reader
pdb
Price: $9.99 USD
Buy Add to Library Give as a Gift
How gifting works
Create Widget
Tags: adventure steampunk sky pirates
About Jeffrey Hendricks

Jeff was born in New Orleans, Louisiana in 1974 in the back seat of a Chevrolet. He shares his little spare time with his wife and 4 children. He is an accomplished musician, an avid tinkerer, and won his first literary award when he was twelve. Jeff currently lives near Thibodaux, Louisiana, and says the food there is second to none.

Reviews of Seeking The Heavens by Jeffrey Hendricks

This was a good young adult book. It was a light and easy read. The second half of the book really picks up as the journey unfolds. I would have enjoyed learning more about how the world got into the state it is in this story, and the chaos that must have ensued. That might be a good second book. There are good underlying messages about pursuit of a goal, self discovery, family, and what we value. There was nothing offensive in the book. I would recommend Seeking the Heavens to anyone who enjoys a good YA book - teens and adults alike.

(reviewed 18 days after purchase)
Blake M. Petit reviewed on April 30, 2011
(no rating)
SEEKING THE HEAVENS is a different sort of sci-fi story. Set about a century after the sky is "broken" in some catastrophic event, the human race has reverted to sort of a steampunk kind of existence. Technology works, but not at the level we're used to, and many of the things we take for granted are no longer viable. Enter Jaiden, a teenage inventor who discovers that his long-absent father has been on a quest to repair the sky. Jaiden sets out with a group of odd characters to find his father and complete the quest. Hendricks takes a very different approach to this kind of story. While most writers in this sort of setting would immerse us in a bleak, hopeless remnant of humanity, Hendricks's story is very much focused on faith and love, and the restorative power of each. It's a refreshing change of pace, and it really makes the book worth your time.

You have subscribed to Smashwords Alerts new release notifications for Jeffrey Hendricks.

You have been added to Jeffrey Hendricks's favorite list.

You can also sign-up to receive email notifications whenever Jeffrey Hendricks releases a new book.