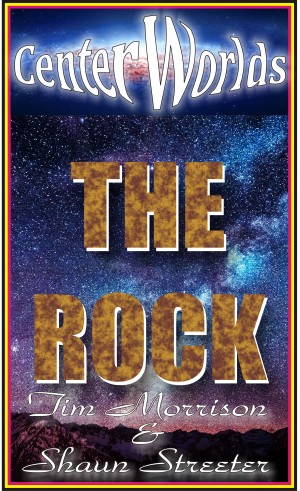 By Tim Morrison
The first story that is set within the larger Center Worlds Universe, The Rock tells the tale of the crew of the Rebel's Cause, as they encounter and explore a intergalactic wanderer that has value and potential to them. Mining an asteroid wasn't like this back in the Center Worlds, that's for sure. More
The Center Worlds. Within 10,000 parsecs of the Galactic core is a zone that was seeded a million cycles ago by the Mesotra. Now it is at war, from within the Confederacy and the Frontier which surrounds it. The crew of the rogue ship Rebel's Cause is on a mission to find the lost home world of one of it's crew members when they encounter a intergalactic wanderer and decide to mine it for ultra-pure diamonds.
Download: epub mobi (Kindle) pdf more Online Reader
rtf lrf pdb txt
Price: Free! USD
Add to Library
Create Widget
Tags: artificial intelligence space opera science fiction spaceship starship psionics asteroid mining
About Tim Morrison

Have been writing since 1993, when the ideas first came into play. Polishing the work as I traveled all over the world, finally settled back in Canada, and have begun getting my words ready to read on the Internet.

My focus is split between erotica and the Center Worlds. My erotica is used as a test bed so that I can fine tune my writing to ensure there is an emotional connection to the larger work that I do within The Center Worlds. I tend to write Romantic Erotica, it can be very hot, but also has a plot that works for the characters within the covers.

The Center Worlds is a Science Fiction series set in a galactic cluster much closer to the Core from Earth. Where the Confederacy and the United Suns are at odds over territory and the people who inhabit the region. Clan Camelin fights to keep the Confederacy together from within as different Clans fight to tear it apart.
The T'Ressi from the United Suns sit outside, waiting for their chance to strike. Piracy is rife in the Buffer Zone that separates the Confederacy from the United Suns, a region known as the Frontier. Pirates strike deep within the Confederacy, attacking liners and transports and dodging back to the relative safety of the United Suns space, where they are protected by treaty.
The Confederacy is all Honor and rigid duty. Military strategy is focused on Large strategic strikes, rather than small tactical moves, backed up by 12 mighty battle cruisers.
The Clans fight among themselves for honor and propriety. Clan wars kill people and sterilize worlds, slowly weakening the Confederacy so that the United Suns can move in when the time is right.
And, just to really complicate things, on the outskirts of the Center Worlds, a cloud of darkness moves core wards, leaving desolate waste behind it.
Epic romance, brutal violence, explicit sex, star ship battles across planetary systems, planets under siege, Piracy, romance, true love, loss and recovery. It is all here, contained within the Center Worlds.

You have subscribed to alerts for Tim Morrison.

You have been added to Tim Morrison's favorite list.

You can also sign-up to receive email notifications whenever Tim Morrison releases a new book.