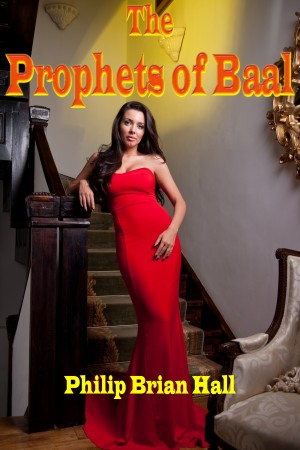 The Prophets of Baal

Born in Yorkshire, Oxford graduate Philip Brian Hall is a former diplomat, teacher, examiner and web designer. He has also stood for parliament, sung solos in amateur operettas, rowed at Henley and ridden in over one hundred steeplechases.

Philip's work has appeared in several anthologies, including 'All Hail Our Robot Conquerors' (Zombies Need Brains) and 'Chilling Ghost Short Stories' (Flame Tree). On Line publications include Cosmic Roots & Eldritch Shores and AE The Canadian Science Fiction Review. His novel, ‘The Prophets of Baal’ is available as an e-book and in paperback.

He lives on a very small farm in Scotland with his wife, a dog, a cat and some horses.

About the Series: The Toby Le Tocq Mysteries

For a young private detective to discover he's a reincarnated demon-hunter could be disconcerting. For Toby Le Tocq, things get even worse when he discovers his previous lives included Israel's most famous king. Suddenly he has a whole new kind of enemy.

You have subscribed to alerts for Philip Brian Hall.

You have been added to Philip Brian Hall's favorite list.

You can also sign-up to receive email notifications whenever Philip Brian Hall releases a new book.