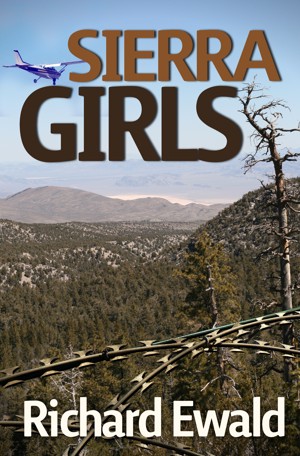 A handful of friends close to the Quinn family join Gabriel, including Michelle's godfather Matthias, a Russian Orthodox monk, and newspaper reporter Lisa Miller. They believe Michelle's kidnapping is related to the three unsolved disappearances in the Sierra Nevada mountains the previous year. When Gabriel himself becomes a suspect in the police investigation, he and his friends press forward with abandon, taking the law into their own hands as they desperately search for any clue pointing to Michelle's kidnapper.

Meanwhile, Michelle finds herself trapped in a broken down house in the mountains, surrounded by razor wire. At first, her kidnapper, Roper Lund, does not show himself, and Michelle struggles to clear her mind from the sleeping drugs he gave her. Gradually she remembers how he tricked her into getting into his car, and she understands that she is in mortal danger. She has no idea whether her father or the police are searching for her, or if they even know that Lund kidnapped her. Michelle decides that her only hope is to rescue herself. So she sets out on her own desperate adventure to find a way out of Lund's custom-made prison for little girls.
Available ebook formats: epub mobi pdf rtf lrf pdb txt html
First 20% Sample: epub mobi (Kindle) lrf more Online Reader
pdb
Price: $2.99 USD
Buy Add to Library Give as a Gift
How gifting works
Create Widget
Tags: california santa cruz sierra nevada computer programming rescue adventure hacker fiction police incompetence serial kiddnapper charter pilot russian orthodox church
About Richard Ewald

Richard Ewald grew up in the small towns of northern California, from central valley farming communities to the snowy outposts in the northern Sierra Nevada Mountains. He learned to drive a car on winding mountain roads when he was eight, began playing guitar at nine, and started programming computers at ten. In his early teens he fell in love with the fantasy stories of J. R. R. Tolkien and C. S. Lewis. They inspired him to create his own worlds and tell his own stories. He began crafting a fantasy world in junior high, and even wrote out the beginning of a novel, which he eventually completed after college. The other big influences in his childhood were endless video games at the local arcades and television sitcom reruns.

Richard spent most of his early adult life in the Silicon Valley and the San Francisco and Monterey bay areas. He studied Classical Greek and software engineering in college and grad school, and he got married and started a career in the tech industry. He squeezed some writing time in occasionally, but did not make it a priority. During this period, he began quite a few books, and finished a handful. He had become a life-long fan of Stephen King in college, and he spent a lot of time learning from the master, especially King's book On Writing, a great book for all aspiring writers.

When his long-awaited daughter finally arrived, Richard was ecstatic and suddenly very busy. He took a long break from actively writing, but he continued his lifelong habit of creating worlds and peopling them with characters that would grow to take on a life of their own. He finally left California and moved across the country to Atlanta. The "South" was like a foreign country to him, but he quickly grew to love it. The land of sweet tea, peaches, and Palmetto bugs has an undeniable charm all its own, but deep down inside he'll probably always be a Californian.

You have subscribed to alerts for Richard Ewald.

You have been added to Richard Ewald's favorite list.

You can also sign-up to receive email notifications whenever Richard Ewald releases a new book.