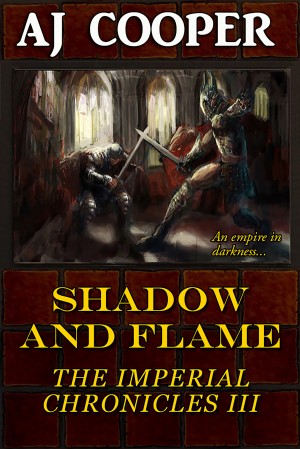 As shadow spreads across the world, the Revered Order of Hunters scours the provinces for demon shrines and their fiendish worshipers, all while an eerie silence south of the Imperial border hints of a gathering storm. The emperor Severus struggles to maintain the recent peace and harmony, though he knows the growing dark touches all strata of society, from the highest official to the lowliest street actor, and no one is worthy of trust.

Far away, unbeknownst to the southron King of Kings and the Imperial government, the brother-sister heirs to the Red Throne of Haroon lay in hiding. But as a dark faith spreads by the sword across the Southern World, plunging ancient nations into chaos, not even well-born monarchs will escape these trials of SHADOW AND FLAME.
Available ebook formats: epub mobi pdf rtf lrf pdb txt html
First 50% Sample: epub mobi (Kindle) lrf more Online Reader
pdb
Price: $4.99 USD
Buy Add to Library Give as a Gift
How gifting works
Create Widget
Tags: fantasy epic war intrigue roman turmoil romanbased fantasy
About AJ Cooper

Also in Series: The Imperial Chronicles 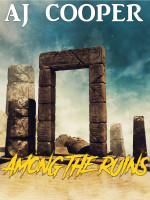 Reviews of Shadow and Flame by AJ Cooper