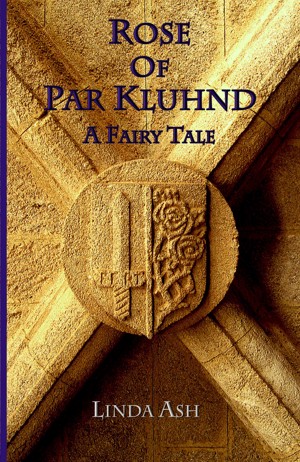 By Linda Ash
Rated 4.50/5 based on 2 reviews
Rose isn't sure she wants to be captain of her soccer team, much less queen of a strange place -that's about to be overrun by invaders.

When Rose slips into a strange world where her grandmother may have been a queen, she just wants to get home. But when enemies seek her out, finding a way home may be the least of Rose's worries... and then, there's that empty throne waiting, possibly, for her

I live in Ohio with my husband, one dog, and a varying number of cats. My two children are in college.

I've always been a bit of a dreamer and my imagination is often in overdrive. Let's just say that I don't have to dig too deep to find my inner child.

Adventures are always fun, and I've had a few, but now my knees have ground to a halt, and my feet are rebellious. So my adventures are fewer, and more tame. They often involve a book, either reading or writing one. A good book can make you feel like you've just climbed a snow-clad mountain, or sprinted a desert path under the burning sun, or swum in the deep ocean alongside a whale. It feels like you're the one having the adventure. So if I'm typing away at the computer or if I'm snuggled up with a book and don't look up when you call, it's because I'm busy - off on an adventure. Try again later.

When I saw the title of this book, without reading a description, I thought that maybe this was a story about an exotic character from an exotic place (i.e. a twist and a fairy tale from India or the Middle East or something). Instead, Rose of Par Kluhnd's influences feel much more familiar, like medieval Europe with some Grecian influences. Ash has a beautiful style of prose that's fitting, maybe not for the first couple chapters, but certainly for the rest of the book (perhaps that was the author's intent). I was glad to see the host of fantastic characters weren't your usual elves, dwarves, werewolves, etc., but some new (or new to me) ones like the selkies, leshies, and so on.

While Ash's flowing language was easy to follow, the plot sagged immensely in the middle with all the details of Rose's travels. I wished that those parts could be tightened up to only highlight the events that drove the plot forward. There are many instances of non-events, in which there is promise of an action sequence, but I was disappointed when I didn't get to see them because they were dealt with off screen and everything worked out fine with no real threat.

And while I liked the mix of characters, it was a bit hard to distinguish some of them (i.e. Scaythach and Sienna) because they spoke exactly the same way and had the same mannerisms. It would've been nice to "see" their personalities come about in the dialogue and action, rather than have to be told about them by either the narrator or another character.

The best parts, in my opinion, came towards the end, when the pace and the action picked up. I would've liked to see a similar treatment more throughout the book. It doesn't have to be more violent (not at all), but it would've been nice to move the plot along quicker. That could've also helped bring down the whopping 111,000+ word count to the more YA-friendly range of 45,000 to 65,000 (give or take about 20,000).

All in all, an enjoyable read.

Linda Ash's children's novel Rose of Par Kluhnd: A Fairy Tale is an innocent but intelligent tale. Written in the classic style of children’s writers such as C.S. Lewis the language is evocative of another age. Rose is a young girl who accidentally falls into another world, where her grandmother used to be queen and where she is quickly heralded as the new royalty. The novel span's Rose's three years in this world, while she awaits her grandmother's return and learns to be a leader, as well as a young woman.
The novel covers a large time span, achieved by skipping over periods in order to focus on important events. Through this, Ash has created a story which is quick paced but still clearly illustrates Rose's development from child to young woman. Even in later parts of the novel, when Rose is older, the tone remains suitable for a parent to read to a younger child or for an older child to read by themselves. Ash uses the difficulties Rose must overcome to present many moral messages, which are easily identified but rarely feel forced or didactic.
Ash's characters are appealing and realistic, even the mythological beings which, along with Rose's happily ever after ending, make this story 'a fairy tale'. Even the minor characters and protagonists are well defined and described, having morals of their own to present. The novel's plot, characters and themes make it one which I think most children would enjoy, but even as an adult I found the story of Rose of Par Kluhnd: A Fairy Tale to be exciting and engaging.
Read more reviews at booksoffthepage.blogspot.com

You have subscribed to alerts for Linda Ash.

You have been added to Linda Ash's favorite list.

You can also sign-up to receive email notifications whenever Linda Ash releases a new book.