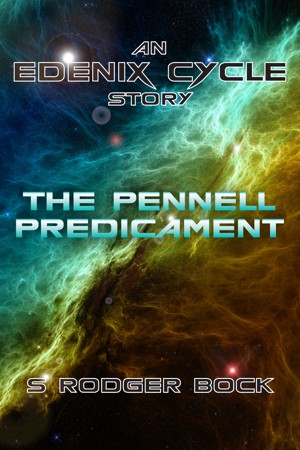 By S. Rodger Bock
Rated 4.33/5 based on 3 reviews
Amelia Pennell must make a horrifying choice in the aftermath of the destruction of a colonization ship which crashes on Eden IX. More
Amelia Pennell is the intelligent tween granddaughter of the owner of Pennell Starlines living happily on an isolated world. Everything changes with the news of the destruction of a colonization ship which has crashed on Eden IX with 2,134 souls aboard, Amelia learns of the ship's disturbing, criminal history. As government and other powers descend on her home, she must flee for her life, and make a horrifying choice.
Download: epub mobi (Kindle) pdf more Online Reader
rtf lrf pdb txt
Price: Free! USD
Add to Library
Create Widget
Tags: scifi adventure offworld edenixcycle
About S. Rodger Bock

I did not find this story overly engaging. I never felt any relationship with the characters or the story line.

The storyline was very fast moving and thought provoking . The language is very visually descriptive. In all it makes you want to read more.

Intense short story filled with tough choices and loads of empathy. Action was quick to catch up with the accelerated plot progression. Can't wait to download other works from this author.