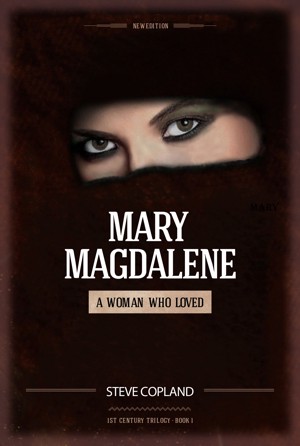 Mary Magdalene: A Woman Who Loved

By Steve Copland
Rated 4.00/5 based on 1 review
A beautiful woman, a life changed by tragedy, driven into sin, condemned and rejected by her own people, a slave to despair and desperate for love. She saw a light, she reached out and touched it, her life was changed forever.
Mary Magdalene, a novel in the genre of Ben Hur, brings the 1st century alive, inspires the soul and challenges the reader to love as she loved. More
Mary Magdalene was a woman whose life circumstances led her from demonic possession and prostitution to being the first witness of the greatest event in world history. In an attempt to reconstruct her life, this book demonstrates her struggle as she confronts the patriarchal traditions embedded in first century culture, the hypocritical practice of condemning only one gender in adultery, her transformation as she finds grace, freedom and real love in her encounter with Christ, and her being chosen as ‘the apostle to the apostles’.

This novel takes the reader into the first century. It delves into the personal lives of lepers, cripples and the sight impaired; it goes on a journey from the battlefields of ancient Germania to Jerusalem with two Roman soldiers who end up initiated into the cult of Mithraism; it explores the fears, prejudices and arrogance of the religious rulers of Israel, and the ambitions of Judas Iscariot; it portrays the everyday struggles of first century people in an occupied land; it looks behind the scenes at a woman who is seduced into committing adultery and used to test Jesus, and brings them all together beneath the cross of Jesus Christ.

Mary Magdalene also answers a question which is so important to the church today: ‘Why would Christ choose this woman to be the first witness of the resurrection in a culture that considered a woman’s testimony all but useless?’ The answer lies in the parable Jesus told to Simon when a sinful woman was kissing His feet. The depth of her love was measured by her gratitude. In her incredible humility, she entered her enemy’s home and in front of hundreds who despised her, she sought be made clean, to receive forgiveness and to know holy love.

Steve Copland is a self-supported missionary from New Zealand, serving The Lord in Ukraine since 2003. He is member of the pastoral team at New Life evangelical church in Kiev. He lectures on Systematic Theology and Church History at the Ukraine Evangelical Seminary, and also Biblical Studies, Apologetics and Church History at the International Christian University in Kiev. 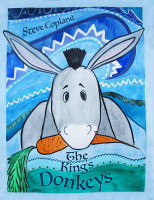 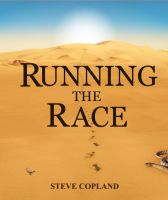 Reviews of Mary Magdalene: A Woman Who Loved by Steve Copland

Review
Diane P. Woolridge reviewed on May 13, 2012
(no rating)
Reading this book amazed me. Woven together are the biblical and historical lives at a time when Jesus Christ walked the earth. The biblical accuracy is tremendous, along with an insight as to the Roman lifestyle at the time. Reading this made me both wish I were there to witness Jesus’ teachings and also glad I wasn’t. Not matter what, the insidious evil is ever present. But thankfully, in the end good always wins out.

The writing of this novel was quite an ambitious undertaking, as was the reading of it (it took me the better part of 2 days of steady reading to get through it). The author attempts to create a fictional world of characters and events around the entire gospel story. Mary Magdalene is a central character, but by no means the only or even "the" main character, but a main character among a host of others from Roman Soldiers in training to servant girls. Thus I was about to suggest an alternate title, but toward the very end, her love is shown in contrast to the other disciples, so perhaps the title is good. We are introduced to another forgiven women, the woman taken in adultery (Mary was only a prostitute) but never find out what happened to this other woman. Like any good novel the scenes go back and forth from one set of characters to another throughout. In addition to human characters (some Biblical and some made up) (and Jesus), there is also the Devil and some of his minions and either he or a head demon is referred to as "the master" which was a bit confusing at first, as I always thought of Jesus as the master. We are let into the private war which takes place within the soul of Mary as the demons try to control her before her conversion and try to win her back afterward. We also see the demonic influences within the minds and bodies of the the two Roman soldiers as they face various tests in preparation for their guard duty.
The passion scene, when you finally get to it is a bit brutal--perhaps overly so (like Gibbon's movie), but it's worth it when you get the part about what it means to Mary.
If you have the time to read or know how to skim (with understanding) or speed read, this novel is definitely worth tackling. After all it's free--it would be a bargain at any price.
---------
Review by James M. Becher, author of Of Such Is The Kingdom, A Novel of Biblical Times.

You have subscribed to alerts for Steve Copland.

You have been added to Steve Copland's favorite list.

You can also sign-up to receive email notifications whenever Steve Copland releases a new book.