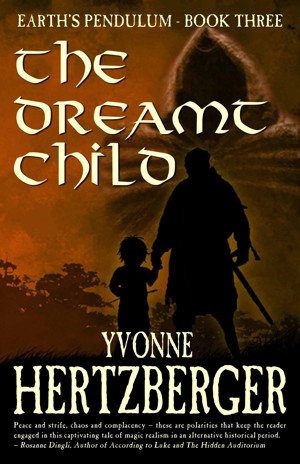 Yvonne Hertzberger is a native of the Netherlands who immigrated to Canada in 1950. She is married with two grown children, (one married) and resides quietly in Stratford, Ontario with her spouse, Mark in a 130 year old, tiny, brick cottage, where she plans to live out her retirement. She calls herself a jill-of-all-trades and a late bloomer. Her many past paid jobs included banking, day care, residential care for challenged children, hairdressing (her favourite) retail, and customer service. She enjoys gardening, singing, the theatre, decorating and socializing with friends and family
Hertzberger is an alumna of The University of Waterloo, first with a B.A. in psychology, then and Hon. B.A. Sociology and stopped ½ a thesis short of an M.A. in Sociology. She has always been an avid student of human behaviour. This, and her personal experiences are what give her the insights she uses to develop the characters in her writing.
Hertzberger came to writing late in life, hence the label ‘late bloomer’. Her first Fantasy novel “Back From Chaos: Book One of Earth’s Pendulum” was published in 2009. The second volume in the planned trilogy “Through Kestrel’s Eyes” is available currently and the third book in the trilogy “The Dreamt Child” was published in December 2013.

About the Series: Earth's Pendulum

A Fantasy trilogy set in a low tech world. The idea that history acts much like a pendulum, swinging from chaos to peace and back again and that Earth, symbolized as a goddess, suffers from chaos and is healed by cooperation and peace. The effects show in whether harvests are poor or good, the people prosper or suffer and so on. Each volume also contains aspects of romance, and action. The stories are heavily character based and follow characters from one book to the next. Back From Chaos, then Through Kestrel's Eyes, and lastly The Dreamt Child

The Dreamt Child by Yvonne Hertzberger
At last the goddess Earth speaks more directly to Liannis and she has to come to terms and acknowledge her feelings for Merrist! I was so ready for this, but Merrist is the one who has to broach the subject because Liannis is still reluctant. I suppose she has just cause because it will be their job to gain acceptance for their relationship with all the inhabitants of the One Isle. To help Merrist the Earth goddess bestows him with a gift that Liannis does not possess. Which works out rather nicely when they are visiting Gharn and a tragedy befalls Lady Sienna. But I'll be darned if no sooner than they are together they are both summoned by Earth to different dioceses, what rotten luck! So Merrist heads to help Lionn track down a notorious traitor and appoint a new Lord in Catania, while Liannis is sent to Leithe to assist a transitioning lordship there.

The plot moves steadily forward and there is a lot of traveling between the different kingdoms as our players deal with treacherous political posturing, treason, terrorism, and tragedy to start, then eventually triumph, celebrations and much joy. It seems the One Isle is finally achieving some balance, and Liannis and Merrist are allowed a reprieve. They move back to Liannis's childhood home to await the birth of the dreamt child, along with Brensa who is still desperately mourning Klast.

There is a nice twist at the end of this story that I wasn't expecting after the trials and tribulations of these dioceses. It seems that the Earth goddess is very happy and things are changing for several of One Isles inhabitants. However we all know the pendulum will never stop swinging. This is quite an epic. Well done, Ms. Hertzberger.

FYI: I think reading the first two novels of this trilogy will enrich your enjoyment of this story.

**Originally written for "Books and Pals" book blog. May have received a free review copy.** November 30, 2013

(reviewed the day of purchase)
KP Ambroziak reviewed on July 22, 2016

I fell in love with Hertzberger’s storytelling with “Back from Chaos,” and having just finished the third book in her “Earth’s Pendulum” series, I’m sad to see it completed. It seems fitting to say that I feel as though I’ve spent time in a unique world that is vast and intimate, and yet full of life. The political intrigue that begins in the first book continues throughout the next two, but it is different and we are introduced to a new set of problems with novel characters. The balance between the old and the new speaks to the evolution of Hertzberger’s world, and the mastery with which she lets it develop.

One of the story’s worthiest elements is its focus on family and union. There is a sense in this narrative, as with the others, that partnerships between spouses, between compatriots, between sons and fathers, mothers and sons, etc., do the world more good than can be imagined. To live any other way is to bring the chaos, and Hertzberger does a fine job, in all its subtlety, of using her characters to show her reader such truth. When Liannis breaks with tradition to become a seer who takes a partner, she must deal with the social stigma but also accept another into the life she had assumed would be spent without romantic interest. Yet Merrist is not merely the comfort Liannis needs to sustain her, but may very well be her source of energy, of life, and of love.

Great read. Enjoyed the intrigues and the spiritual nature of the story

You have subscribed to alerts for Yvonne Hertzberger.

You have been added to Yvonne Hertzberger's favorite list.

You can also sign-up to receive email notifications whenever Yvonne Hertzberger releases a new book.