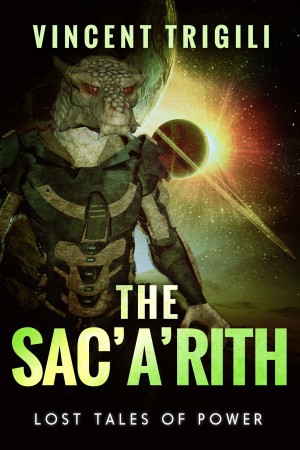 One man, perhaps more dangerous than the darkness itself, and his apprentice, the former slave of a street thug, have risen up to stand in the gap against this new wave of darkness. Will they be enough to prevail? If they succeed, will their region be the better for it, or will they usher in an even greater evil?

The Lost Tales of Power is a sci-fi fantasy cross over series written by Vincent Trigili. Vincent is a graduate student at Liberty University, and presently holds undergraduate degrees in Math and Computer Science. Currently, he is working as a senior software developer at Liberty University.

Vincent owns and runs the highly popular astronomy forums, Our Dark Skies, and also maintains the associated Facebook page. He has published several astronomy journals, calendars, blog articles, poetry, and photo books over the years and now turns his hand to fiction.

The worlds described in The Lost Tales of Power series were born out of Vincent’s long history of creating role playing games in the old pen and paper tradition. He uses the rich history of those worlds he created to imagine an entirely new world for this series. Vincent uses his exposure and history with science and technology to keep the stories in the realm of the possible while balancing that with an eye for fantasy.

All of the books are intended to be roughly equivalent to the movie rating PG. This means any teenager or adult should be comfortable reading them, but some of the material, themes and descriptions may be unsuitable for smaller children. Parents are advised to read the books themselves before deciding if their child should be exposed to the contents of the novels.

About the Series: Lost Tales of Power

The Lost Tales of Power is an open-ended series of Sci-Fi/Fantasy books set in a vast multiverse featuring a mixture of traditional fantasy and science fiction elements.

You have subscribed to alerts for Vincent Trigili.

You have been added to Vincent Trigili's favorite list.

You can also sign-up to receive email notifications whenever Vincent Trigili releases a new book.