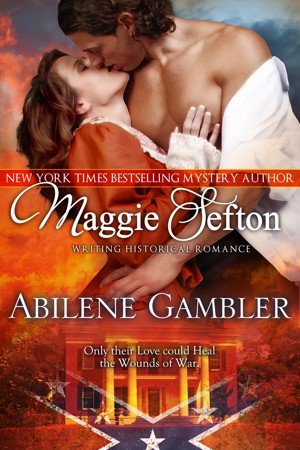 Northern Soldier: Unjustly accused and stripped of his rank during the War, Jack Barnett hopes to restore his honor and his name by catching an embezzler who's skimming Army coffers. But he cannot believe his assistant for the job is a woman!

Abilene Gambler: Jack takes a gamble on the feisty beauty with the reddish-brown curls, and she surprises him with her ability and her courage. Samantha was upset that he was a Northern soldier, but her anger melts when she sees the gentleness Jack displays with her young son. And in the rough Kansas cowtown, they surrender to their passion and take the sweetest gamble of them all.
Available ebook formats: epub mobi pdf rtf lrf pdb txt html
First 15% Sample: epub mobi (Kindle) lrf more Online Reader
pdb
Price: $3.99 USD
Buy Add to Library Give as a Gift
How gifting works
Create Widget
Tags: romance historical romance 1870s romance action western adventure
About Maggie Sefton

Publisher¹s Weekly has said about the series, "Readers will enjoy visiting with Kelly and her knitting buddies, who, in their carefree way, resemble the cast of Friends."

Maggie was first published in historical fiction in 1995 with ABILENE GAMBLE, Berkley Jove, under the pen name Margaret Conlan. She had written over a million words of historical romance fiction before she ever wrote the first mystery. DYING TO SELL, with real estate agent sleuth Kate Doyle, was published by Five Star/Tekno Mysteries in 2005.

Maggie Sefton was born and raised in Virginia, and she received her bachelor’s degree in English literature and journalism from The George Washington University in Washington, DC. Maggie has been a CPA and a real estate agent in the Rocky Mountain West, but finds nothing can match creating worlds on paper. Mother of four grown daughters, Maggie resides in the Rocky Mountains of Colorado with a bossy Border collie and a playful Blue Tick Hound. Website/Blogs:www.maggiesefton.com, www.cozychicksblog.com, www.killercharacters.com.
You can also visit Maggie on Facebook. 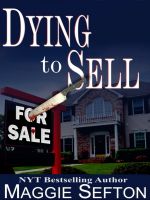 You have subscribed to Smashwords Alerts new release notifications for Maggie Sefton.

You have been added to Maggie Sefton's favorite list.

You can also sign-up to receive email notifications whenever Maggie Sefton releases a new book.