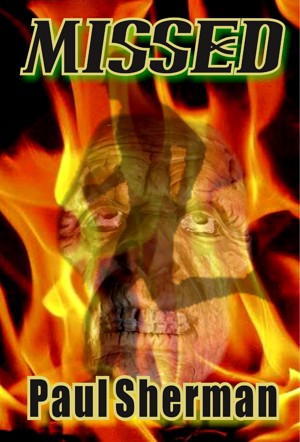 By Paul Sherman
Perfect Body, Perfect Health, Perfect Horror
There are two passions in Jim Trumble's life: physical fitness and sexy Elaine Jessup. He’s about to ask her out on a date when a demonic little plant in the churchyard cemetery stings his foot, causing an infection that has the diabolical power to turn his world into a nightmare and subject the love of his life to inexplicable terror.
Available ebook formats: epub mobi pdf lrf pdb txt html
First 20% Sample: epub mobi (Kindle) lrf more Online Reader
pdb
Price: $1.99 USD
Buy Add to Library Give as a Gift
How gifting works
Create Widget
Tags: horror short story exercise health curse vanity
About Paul Sherman

Paul Sherman has been a teacher pretty well all of his life, specialising in Chemistry and Youth Theatre, an unlikely combination, but one which has worked brilliantly. He has directed a number of successful straight plays and musicals, including ‘The Crucible’, ‘West Side Story’, ‘Fiddler on the Roof’ and ‘The Entertainer’.
His writing credits include short stories and poetry for a number of UK publications. He also writes drama having had a pantomime produced at the Rutherglen Repertory Theatre near Glasgow and a play at the Traverse Theatre in Edinburgh. He is a bit mystified by the success in Scotland since he comes from the other end of the country.
He is married, celebrating his 40th Wedding Anniversary this year and has two daughters and a jet black cat called Gertie.

Reviews of Missed by Paul Sherman

You have subscribed to alerts for Paul Sherman.

You have been added to Paul Sherman's favorite list.

You can also sign-up to receive email notifications whenever Paul Sherman releases a new book.