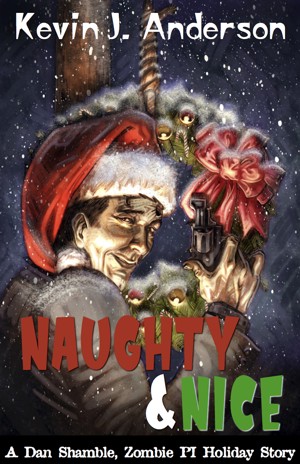 I'm not a big fan of Zombie Apocalypse stories, but Dan Chambeaux (now known as Dan Shamble to his friends) is different. Something happened in New Orleans, and now ghosts, vampires, werewolves, zombies, and other "unnaturals" walk the streets. Dan is a private investigator, and a zombie. This brings advantages and disadvantages.

Like the others I've read, this Dan Shamble story is well written, well formatted, and just plain fun.

You have subscribed to alerts for Kevin J Anderson.