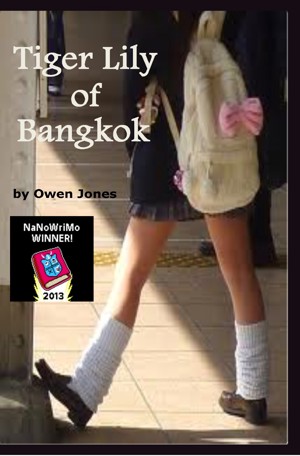 A serial killer is on the loose in Bangkok creating havoc and fear among men in all strata of society. The press has called the serial killer the most frightening since the cannibal Si Ouey Sae Urng of the 1950's and dubbed him or her 'Tiger Lily of Bangkok' because a Tiger Lily is left at the scene of every murder.
Available ebook formats: epub mobi pdf rtf lrf pdb txt html
First 10% Sample: epub mobi (Kindle) lrf more Online Reader
pdb
Price: $4.99 USD
Buy Add to Library Give as a Gift
How gifting works
Create Widget

About the Series: Thriller

About the Series: Tiger Lily

The story of a girl obsessed with child abuse

Reviews of Tiger Lily of Bangkok by Owen Jones

You have subscribed to alerts for Owen Jones.