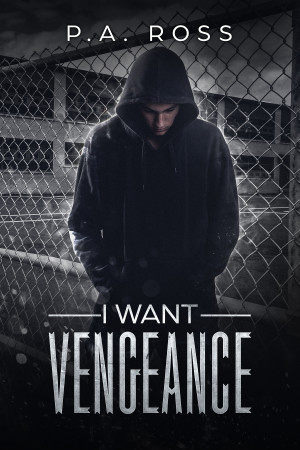 Jon Harper's life is a never-ending circle of bullying. He is trapped without support from the school or father. He wants to find an escape. He wants bloody vengeance, but how can he ever defeat the notorious vicious school gang. More
Vampire Formula Series – a “Twilight” meets “Let the right one in” urban vampire fantasy.

Jon Harper's life is a never-ending circle of bullying. He is without support from his father and school. He wants to find an escape, but how can he ever defeat the notorious vicious school gang. He wants vengeance.

Thorn is a lonely sultry vampire who fills her nights feeding and battling her enemies - the vampire hunters and the decaying Turned. But one night the rules change, and her life will never be the same again. She wants vengeance.

Both the events happen miles apart at the same time, but one day it will pull them together.

˃˃˃ The first book in the "Vampire Formula" Series.
A prequel short story showing events before, "The Birth of Vengeance: Vampire Formula #1."

The short story is intended as a free introduction to the world of the vampires that continues in, "The Birth of Vengeance: Vampire Formula #1", a great vampire book for teens or adults.

P.A. Ross lives in England with his two daughters and wife. When not daydreaming of fantastical adventures and crazy characters, he enjoys time with his family, enjoying sports and films.

With a Degree in Astrophysics, he has learnt to accept and understand the worlds of unseen forces, such as quantum mechanics and chaos theory, which has helped immensely with writing fantasy novels of other invisible forces.

P.A. Ross is published in urban fantasy – vampires and demons in the modern world and science fiction genres - superheroes and spaceships. In one book, he brings these worlds colliding together.

To learn more about P.A. Ross and his books go to www.thornsneedles.com.