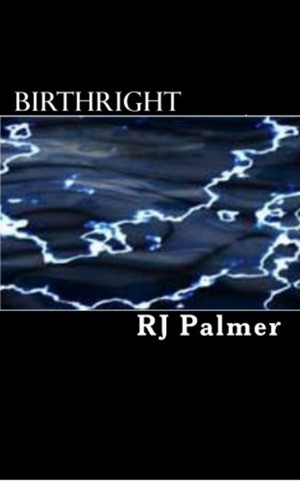 By RJ Palmer
Rated 4.00/5 based on 4 reviews
What if the next stage of evolution was caused by the oversight of man and what if that oversight was a simple medical mistake? More
One beleaguered man…

In the bitter cold of an unseasonable Colorado winter, Raine Donnelly’s life is turned hopelessly upside down. Machines malfunction and electricity goes haywire, and that’s just the beginning. The doctors think it’s a brain tumor and he’s hallucinating but if that’s the case, why is someone trying to kill him? Isn’t one scared and dying man relatively harmless?

One woman living in no man’s land…

Raine’s widow Sierra is planning a vacation to Colorado with her twin daughters, Renee and Elizabeth who have been insisting that they’re going to visit their dead father and ruining Sierra’s calm. It took her a long time to piece her life back together after he died and for them to refuse to accept the truth is tearing her apart.

There is nothing the least bit interesting about me and in truth sometimes I believe that I live vicariously through characters of my own creation in which case I should probably seek professional help straightaway. I could bore you with dry facts recited by rote but that would be contra-indicative of my personality type which demands that I at least make this somewhat interesting regardless of the enormity of the task involved. Easier said than done I can assure you.

RJ Palmer on Self Publishing

To be completely truthful I've found that more off beat authors who have acquired a faithful following have the more richly woven stories. That's not to say that authors who receive a lot of attention are not by all means talented I simply believe that in the practice of traditional publishing there are a select group of authors that receive almost all the attention for one reason or another and I believe that this is an effective way for publishing houses to tell a reader what they're supposed to like which is something with which I do not agree. In keeping with this train of thought I believe that there are hundreds of incredibly talented authors who do not get the attention that they deserve and the opportunity to share their talents with the world which would be an enriching experience for anyone who has the pleasure of stumbling upon their work.

"There is nothing wrong with the storyline in this novel. The main characters - Raine, Sierra and the twins are well depicted and likeable. I really felt for them and for Lynn and Selby.

Unfortunately, over-writing and formatting have made this work confusing and in places, laborious to read.

Many times the action catapaults to another scene in the next line of the manuscript with no spacing to indicate there is a change of character or place. It is unfortunate that it was published without being professionally edited, because this has marred what is actually an exciting and well thought out plot.Diana Hockley from "Good Reads""

Copied from another review because it described my feelings about the book as well!

The book had a novel story line, good character development, and a satisfying, if completely predictable, conclusion.

Ms. Palmer obviously has a wonderful vocabulary, and uses it to the fullest extent, then over uses it by at least half too much. I think editing the constant overblown and excessive descriptions of the feelings of the characters would greatly benefit the reading enjoyment of the book. At one point Raine opens the door, and has nearly two pages of feelings, some unrelated to the moment, flash through his mind before the person on the other side was even acknowledged.

This brings to mind one other point. Though Raine is obviously not like the average man, he acts and thinks very little like any man I know. A bit of editing on his character development would make him more believable.

None the less, it was a fun book to read, and I wish Ms. Palmer luck in the future as she develops her skills. I certainly look forward to more books from her.

A pretty good book for the price.

(reviewed 16 days after purchase)
Sarah (Workaday Reads) reviewed on Feb. 3, 2012
(no rating)
I was very disappointed, but I couldn't finish the book. I only got a third of the way through it. The night I found myself trying to remember what book I was reading and couldn't come up with the title, author or plotline I decided that there was no way I was going to finish it. I did eventually figure it out, without picking up my ereader, but only because I tried to remember what covers were showing as currently reading on Goodreads. I remembered it was dark, which lead me to the title, author and plot.

Unfortunately, the story itself didn't draw me in. I couldn't get into the characters. What was happening to Raine was interesting, but Raine himself was rather boring. I kept thinking Sierra's name was Elizabeth, and Vince was just inept.

I thought this book was VERY good, loved it! I really didn't want to ever put it down!

I was fortunate enough to come across this book by pure chance. I started reading this book thinking that I would spend the next few days battling through a mindboggling read. Fortunately I began the read and before I knew what hit me I was drawn in and had the entire novel finished in 3 hours. I could not believe how intensely I got involved in this novel and I felt and I mean really felt every emotion and sense that Raine felt. Do not pass up this gem hiding in the ruff. Well worth the time and expense.

You have subscribed to alerts for RJ Palmer.

You have been added to RJ Palmer's favorite list.

You can also sign-up to receive email notifications whenever RJ Palmer releases a new book.