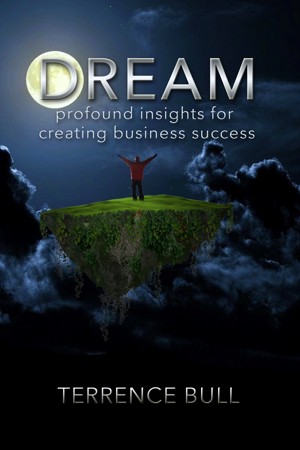 Terrence believes that people primarily get into business to get more time and more money. However, the opposite happens. Most are robed of their time, especially with their families, and of their hard earned savings, as well as their ability to borrow, by their business. They become slaves to the beast they created. Their business runs them, not the other way around. His drive is to see people get back the dream they started with.
Download: epub mobi (Kindle) pdf more Online Reader
rtf lrf pdb txt
Price: Free! USD
Add to Library
Create Widget
Tags: advertising internet marketing marketing strategies branding business building business strategies business basics business brain training
About Terrence Bull

Terrence Bull was born in his mom’s and dad’s bed on a farm in Hawkes Bay, New Zealand in the 1960s. Having to overcome dyslexia, he didn’t read his first full book until he was 13 years old—it was ‘The Hobbit’ by J.R.R. Tolkien. He then read the whole ‘Lord of the Rings’ trilogy that summer, and by the end had caught the reader’s fever.

One of his first lyrical prose stories, in his first year of secondary school, scored him an ‘F’ and almost got him caned—as his English teacher decided that he must have plagiarized it. He didn’t begin any serious writing again until his wife and son encouraged him to give it a go and show them what he could do—that was in 2016.

He wrote ‘Bad Language’, which shocked and amazed them. He then wrote ‘Clarity of Thought’ and with their encouragement began writing this book of short stories, poems and lyrical prose.

He now has many more written works that are underway as he begins to take a cautious step into the world of writing fiction.

You have subscribed to alerts for Terrence Bull.

You have been added to Terrence Bull's favorite list.

You can also sign-up to receive email notifications whenever Terrence Bull releases a new book.