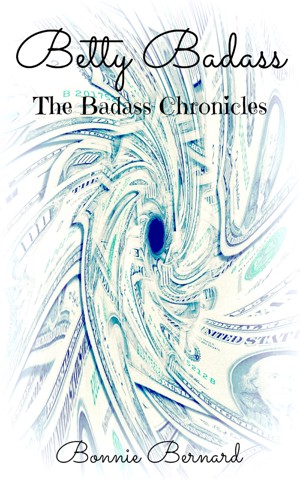 “My brother and I inherited nothing from our father but what’s wrong with us,” she tells strangers. Then she steals from them, lies to them, does them bodily harm. It doesn’t matter who they are - drunken guys in bars, evangelists on a mission, overburdened mothers. If they have something she wants, Betty takes it. Well, most of it.

Then along comes the day that Betty gets taken from…

I'm the proud birth-giver to The Midnight Hunter Trilogy - a paranormal, suspense-thriller that features a dash of romance, a sprinkle of mystery, an occasional murder, and a full, fun cast of Underworld characters. Some of them are kind, others are wicked - but all of them will tug at your heartstrings.

The Midnight Hunter Trilogy is published by Fin-S Press and is available in softcover and most ereader-device forms. 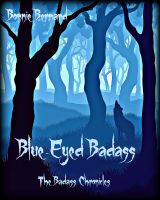 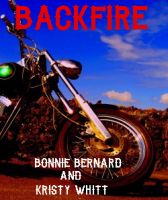 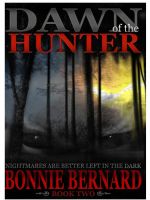 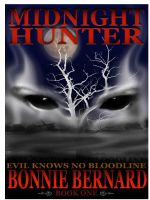 "Betty Badass" by Bonnie Bernard is a clever and entertaining short. As the title tells us it follows a rather strong female protagonist named Betty - after a Flintstone character (which is not the only reason why she wants her father dead).
Confident, sexy and operating on no longer blurred lines of illegality she is a likeable character with a bigger heart than you'd think but also a strong taste for revenge. She is taking care of her brother and that dictates her actions.
Told with sarcasm and wit the story moves to Las Vegas and Salt Lake City. Despite the humorous tone there is a more thoughtful touch of morals and Karma and family ties.

You have subscribed to alerts for Bonnie Bernard.

You have been added to Bonnie Bernard's favorite list.

You can also sign-up to receive email notifications whenever Bonnie Bernard releases a new book.