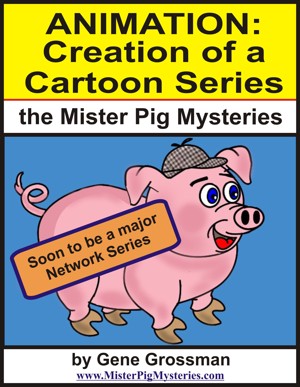 ANIMATION: Creation of a Cartoon Series

By Gene Grossman
Behind the scenes look at the steps involved in designing, creating, writing, animating and selling a 26-episode 2D cartoon series.

Also includes legal points to consider with an investor, budgeting for promo, first episode and succeeding episodes, plus numerous behind-the-scenes procedures in getting a cartoon series exhibited internationally. More
This book chronicles the efforts of a group of people I was fortunate enough to be involved with while creating and producing a children’s cartoon series of 26 twenty-two-minute episodes entitled the Mister Pig Mysteries.
There are no punches pulled: you will know every trial and tribulation that the group went through, from arguing about one of the main character’s hairdo, another character’s gender, the main character’s shape, what to promise in the demo’s voice-over, plus many other backstage events that the creators of an animated series never mention as guests on an evening talk show… which rarely happens, because those shows usually prefer to interview the movie stars doing the voices for the animated characters.
The 12 Chapters include informative discussions about things that to be considered when contemplating creation of an animated project. They include:
• Business Aspects & Target Audience
• Levels of Sophistication and Software
• Story, Script & Storyboard Usage
• Building Characters & Sets
• Structuring the Series
• Production & Foreign Languages
• Distribution
• Ancillary Products
• Budgeting for the Promo and all Episodes
• Getting and Investor
• The Small Print
Available ebook formats: epub mobi pdf rtf lrf pdb txt html
First 10% Sample: epub mobi (Kindle) lrf more Online Reader
pdb
Price: $7.95 USD
Buy Add to Library Give as a Gift
How gifting works
Create Widget
Tags: television animation distribution cartoon cartoon series
About Gene Grossman 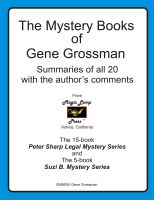 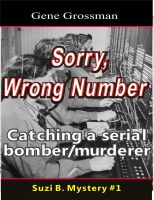 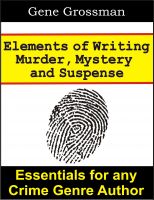 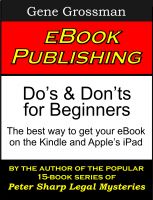 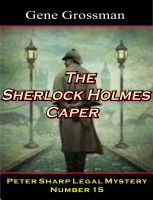 Reviews of ANIMATION: Creation of a Cartoon Series by Gene Grossman