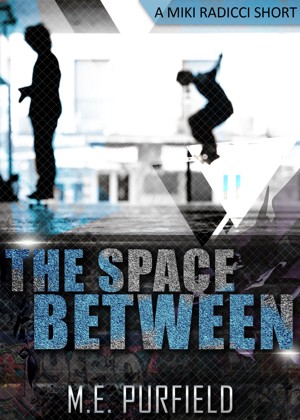 This story falls between Book 1 and Book 2.

M.E Purfield was raised in the Jersey 'burbs. At 18 he moved to Jersey City to attend The School of Visual Arts film program in NYC. He has never returned to the ‘burbs. Since then he’s done some script work for low low low budget films and even directed a few shorts.

Before publishing novels, he has toiled around with many short stories in many genres at many venues until he decided his strengths lie with Young Adult fiction. He wrote three contemporary novels jesus freakz + buddha punx, Breaking Fellini, and Delicate Cutters (due out in 2012). Now he focuses on Noir Fantasy, a genre that brings together hardboiled prose, anti heroes, crime, and dark fantasy.

When not practicing the art of Potty Mouth, he spends his time raising his son, being married, watching horror films, and listening to punk music. 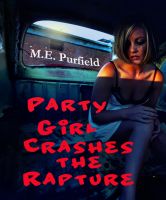 You have subscribed to alerts for M.E. Purfield.

You have been added to M.E. Purfield's favorite list.

You can also sign-up to receive email notifications whenever M.E. Purfield releases a new book.