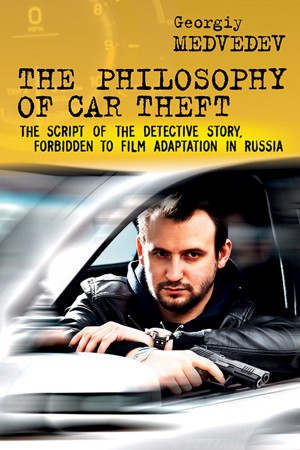 The Philosophy of Car Theft

Georgiy Medvedev-an actor, a showman, a film director and a biker. During his life he has changed a lot of different fields of work. He was an engine driver, a taxi driver, a mercenary manager, an expert in computer maintenance, an administrator in a film production company, an arranger of different entert More
The script of the detective story, forbidden to film adaptation in Russia. Georgiy Medvedev

Georgiy Medvedev-an actor, a showman, a film director and a biker. During his life he has changed a lot of different fields of work. He was an engine driver, a taxi driver, a mercenary manager, an expert in computer maintenance, an administrator in a film production company, an arranger of different entertainments, a director of the company of festival organization, he is nearly concerned in automobile business. And the script will be just about the dark spot in the biography of the author, tied up with the last one.

“Most of the characters of this story are real people. Certainly, some occurrences were changed to truckle to the plot and censorship, but finally the main event line was defended.

Two ex-car thieves, who used to “work” successfully in the prime of their youth, have been already living on the legit for a long time and have quite a serious business on setting antitheft devices on business class cars. But once they decide to cast back their mind and do it in an extraordinary way. The fact is that the wife of one of the characters has got her thirtieth birthday the other day. And so the unusual present should be made. They decide to steal her old car and put a new one, with a big bow on it and congratulations, in front of her house. So they do.

It was a real surprise for them when they saw the wife coming back from work on her car as if nothing had happened. Her face didn’t express any happiness even at the sight of the new crossover…

The friends wonder, whose the devil car they have stolen? The wife is a chief in a famous insurance company. And she said, that a few hours ago the two foreigners, being very distressed for the safety of some Nanotechnologies that they have brought to a very serious Saint-Petersburg Scientific-Research Institute from the USA for sharing experiences, insure them nothing less than for a sum of several million dollars. And moreover she herself saw their car parked next to her… (as you will appreciate, the cars are the same)

It has got through to the friends quickly that the whole city police is now searching for them and the thing they are looking for is standing next to them. The friends decide to put the car on some crowded place.

But the trouble is that the foreigners are indeed the common swindlers and of course they haven’t brought any new technologies with them. And only the theft of their own case, with the aim of getting insurance, figures in their plans.

The story is inspired by true events and you even can find some information about it in the Internet and Mass Media. 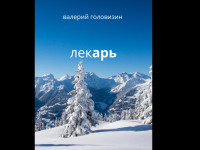 You have subscribed to alerts for Georgiy Medvedev.

You have been added to Georgiy Medvedev's favorite list.

You can also sign-up to receive email notifications whenever Georgiy Medvedev releases a new book.