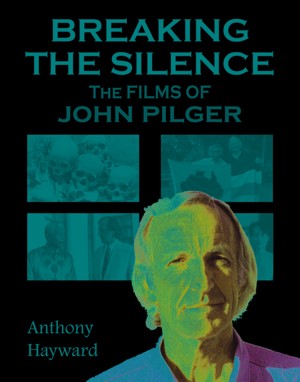 Breaking the Silence: The Films of John Pilger

By Anthony Hayward
In Breaking the Silence: The Films of John Pilger, Anthony Hayward traces the journalist and documentary maker's screen career, from The Quiet Mutiny in 1970 to Utopia in 2013. The book details the documentaries, their effects, such as the $45 million in aid triggered by Year Zero - The Silent Death of Cambodia, and Pilger's clashes with both the political and broadcasting establishments. More
For five decades, John Pilger's documentaries have been exposing injustices around the world and bringing to account those in power who make decisions that affect the lives of others, often in faraway countries. From his first film, The Quiet Mutiny, Pilger made waves, revealing the shocking truth about American troop rebellions in the Vietnam War. More recently, in the wake of September 11th, he has been a rare media voice in questioning the United States's foreign policy and its imperial ambitions.

Scenes of the starving in his landmark documentary Year Zero − The Silent Death of Cambodia, filmed in the aftermath of Pol Pot's genocide, helped to trigger $45 million in aid for that country. Pilger has highlighted repression in Czechoslovakia, East Timor and Burma, the continuing Israeli occupation of Palestine and, with his first film for both television and the cinema, the attempts by small countries to carve out their own democracies, without interference from the United States. The British-based journalist has also subjected his own home country of Australia to affectionate but critical examinations over the years, culminating in his 2013 film Utopia.

His dedication to uncovering unpalatable truths and his disregard for traditional journalistic concepts of 'impartiality' and 'balance' have sometimes brought him into conflict with both the political and broadcasting establishments. In Breaking the Silence: The Films of John Pilger, Anthony Hayward traces Pilger's screen career, details the documentaries, their effects and controversies, and compares them with other factual output on TV and in the cinema. It is published to tie in with the release of Pilger's epic film Utopia.

Anthony Hayward is the author of Breaking the Silence: The Films of John Pilger, Which Side Are You On? Ken Loach and His Films and the biographies Julie Christie and Phantom: Michael Crawford Unmasked. He has written many books about television and film, and contributed to The Independent since 1993 and The Guardian since 2009.

You have subscribed to alerts for Anthony Hayward.

You have been added to Anthony Hayward's favorite list.

You can also sign-up to receive email notifications whenever Anthony Hayward releases a new book.