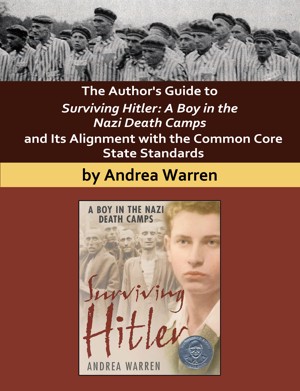 The Author's Guide to Surviving Hitler

Andrea Warren is a native Nebraskan who has called Kansas home since 1979. Her seven books of nonfiction for young readers include "Orphan Train Rider: One Boy's True Story"; "We Rode the Orphan Trains"; "Pioneer Girl: A True Story of Growing Up on the Prairie"; "Escape From Saigon: How a Vietnam War Orphan Became an American Boy"; "Surviving Hitler: A Boy in the Nazi Death Camps"; "Under Siege! Three Children at the Civil War Battle for Vicksburg," and "Charles Dickens and the Street Children of London." She is at work on a new book that will be released soon.

Warren says, "I write true stories about young people caught up in dramatic events. It's an interesting way to learn about history. Readers identify with my main characters and ask themselves, 'If that had been me, what would I have done?'" 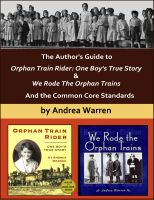 You have subscribed to alerts for Andrea Warren.

You have been added to Andrea Warren's favorite list.

You can also sign-up to receive email notifications whenever Andrea Warren releases a new book.